PRESS RELEASE. ESTONIA — MARCH 8, 2021 — YIELD App, the DeFi wealth management platform bridging traditional and digital finance, is pleased to announce the launch of its Ethereum fund, allowing users to earn high-interest returns on their Ether (ETH). Following a successful public launch and token listing (YLD), YIELD App can now offer its users up to 20% APY on their ETH and stablecoins. Ethereum deposits will be gradually open to YIELD App users over the next several days. The platform now accepts deposits of USDC, USDT, ETH, and YLD.

YIELD App has seen notable progress since the public launch of its web application on 12 February 2021. Over 10,000 users have already registered, helping the platform reach more than USD $5 million AUM. Currently, over 33 million YLD tokens are held in YIELD App wallets – accounting for over 30% of the current supply – and more than 500 users have “Tier 5” accounts (20,000+ YLD), granting them a 10% APY boost.

Designed for both the retail and institutional market, YIELD App accommodates the needs of investors interested in digital asset classes while also allowing crypto veterans to capitalize on DeFi’s incredible opportunities without navigating a sea of complex protocols. DeFi is powerful, and YIELD App serves as a gateway for users to benefit from DeFi’s high-interest yields while keeping their funds secure and protected. The new Ether fund enables users to now receive the same high-interest yields of the DeFi Alpha Fund I without selling the world’s second-biggest cryptocurrency by market cap.

“Ether is the backbone of decentralized finance, and many consider it the most important cryptocurrency in the world,” says Tim Frost, CEO of YIELD App. “We want to provide people with the opportunity to earn high interest on their Ether without selling the asset that allowed DeFi to emerge and could very well be the home to the future of global finance. This is an important milestone on our roadmap and a great development for our client base, who are looking for more ways to passively earn on crypto assets they want to hold long-term.”

Decentralized finance (DeFi) refers to a breadth of financial instruments and tools built on top of blockchains like Ethereum. DeFi removes the middleman from the equation and provides equal access and opportunities for everyone by using technology that is open, transparent, and immutable. Many of DeFi’s most popular protocols have taken familiar aspects of conventional finance (such as borrowing, lending, and insurance) and rebuilt them from the ground up, all powered and possible through blockchain.

DeFi has continued to set new records this year. Since 1 January 2021, DeFi’s total value locked (TVL) has climbed from USD $15 billion to $35 billion, a 233% increase. DeFi’s growth has been spectacular, but accessibility has hampered mainstream adoption. YIELD App bridges the divide by building a DeFi-powered service that is intuitive, secure, and backed by DeFi’s most innovative protocols. In the near future, YIELD App will launch additional funds, fiat ramps, in-app token swaps for each token pair, and card services.

YIELD App believes that everyone should have access to the best investment opportunities. YIELD App’s mission is to unlock the full potential of DeFi and make it available to the world. To achieve this, the company provides an innovative platform that bridges traditional and decentralized finance in the easiest way possible. For more information, visit yield.app.

The imprisoned software tycoon John McAfee claimed on Twitter that the SEC’s “allegations are overblown,” adding: “My team evaluated every promotion based on management, business plans and potential. No one could have foreseen the altcoin market crash. We were paid in the same coins that crashed.” McAfee further argued that his dogecoin (DOGE) and other coins’ promotion were not pump and dumps.

Much of the new allegations from the Feds are about my “coin of the day”. For a few days in 2017 I chose coins I believed had value.

One of them was Doge – now being touted years later by Elon Musk. The coin has increased well over 1000% since I chose it.

Not a pump and dump. 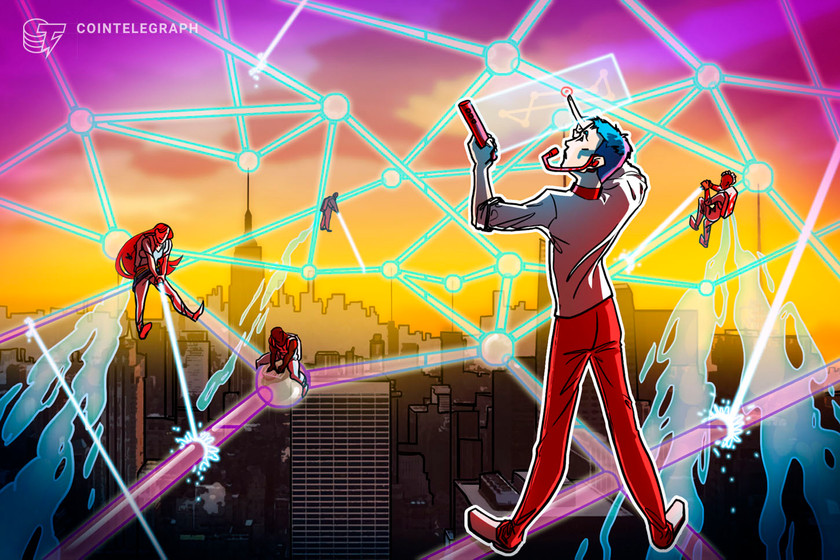 After months of planning, the Ethereum community has laid out a timeline for its upcoming Berlin upgrade, marking an important milestone in its development roadmap.

Berlin is scheduled to go live on the Ethereum mainnet at block 12,244,000, or Apr. 14, Tim Beiko wrote on Monday. Ropsten, the first testnet to upgrade, is scheduled for Mar. 10. The Goerli and Rinkeby networks are expected to upgrade in one-week increments on Mar. 17 and Mar. 24, respectively.

Ethereum node operators are being advised to upgrade to a Berlin-compatible version as soon as possible for the three testnets and before Apr. 7 for the mainnet. Beiko explained:

“Ethereum node operators should upgrade their nodes prior to the fork block on the networks they want to participate in. Due to block time variability, it is recommended to update several days before the expected date.”

Exchanges, wallet service providers and ETH holders are not required to do anything to accommodate the upgrade.

A total of four Ethereum Improvement Protocols, or EIPs, will be implemented via Berlin. They include:

Ethereum is still riding the momentum of its Eth2 rollout in December 2020. Eth2 kicks off a multiyear upgrade of the blockchain network as it attempts to transition from existing proof-of-work consensus to a proof-of-stake model. Ethereum is showing positive signs above the $455 support against the US Dollar. ETH price is likely to surge towards $500 if there is a clear break above $500. Ethereum is slowly gaining pace above the $450 and $460 levels. The price is currently trading nicely above the $460 level the 100 hourly simple moving… While Bitcoin (BTC) fees keep rising, Ethereum (ETH) fees are also getting more expensive. Bitcoin fees have been rising following the third halving. On May 12, the average transaction fee reached USD 2.79, the highest in ten months, jumping further to USD 5.16 on May 14. Bitinfocharts.com shows the 7-day moving average jumping since May… Ethereum Gold (CURRENCY:ETG) traded up 29.2% against the US dollar during the 24-hour period ending at 14:00 PM E.T. on October 28th. Ethereum Gold has a total market capitalization of $352,965.92 and approximately $8,940.00 worth of Ethereum Gold was traded on exchanges in the last day. One Ethereum Gold token can now be bought for…

Ethereum has gained over 50% of its value since the beginning of the year. ETH/USD bulls set their eyes at critical resistance $200.00. Since the start of the year, Ethereum investors earned nearly ten times more than Bitcoin hodlers. The second-largest digital asset has gained over 55% in 2020, while Bitcoin is only 6% higher…