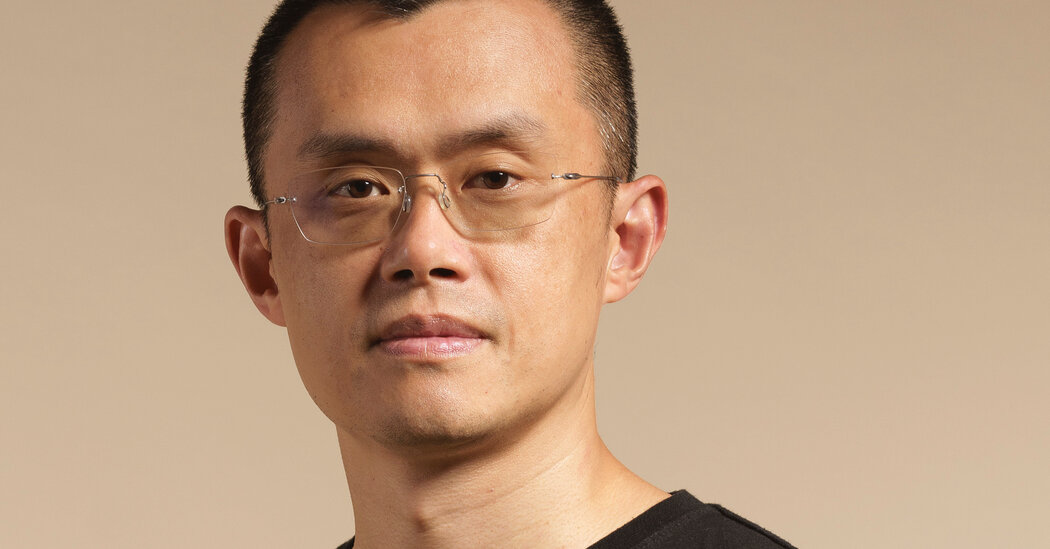 The quest for legitimacy in the United States is leading Binance.com, the world’s largest cryptocurrency exchange, to pursue an initial public offering of its American unit. But for a company founded on secrecy — as cryptocurrency firms typically are — the going could be slow and fitful.

This month, Brian Brooks, the chief executive of Binance.US, left the company after just three months on the job, citing “strategic differences.” Changpeng Zhao, the Chinese Canadian billionaire who owns Binance.com, had hired Mr. Brooks, a former regulator, to help the company gain a U.S. footing. Mr. Brooks left after a venture capital investment he was trying to put together for Binance.US fell through. The deal would have been the first step to a potential I.P.O., but some investors balked at the amount of control Mr. Zhao would retain over Binance.US.

Companies that deal in digital money are trying to grow up. Often started by lone programmers lugging laptops across the globe, many cryptocurrency firms are restructuring themselves into more traditional entities that have boards of directors and audited financial reports. Some are gunning for a bigger presence in the United States, a lucrative market where hordes of customers are already flocking to their platforms — just as wary regulators have started paying close attention.

In a recent speech, Gary Gensler, the chairman of the Securities and Exchange Commission, referred to the space as “the Wild West.”

“This asset class is rife with fraud, scams and abuse in certain applications,” he said. “There’s a great deal of hype and spin about how crypto assets work. In many cases, investors aren’t able to get rigorous, balanced and complete information.”

The initial public offering this spring of Coinbase, a San Francisco-based cryptocurrency exchange that lets customers trade digital currencies for real ones and vice versa, has provided rivals with a blueprint — and a glimpse of the money to be made. This month, Coinbase reported a profit of $1.6 billion in its second quarter as a public company.

“Fund-raising and engaging potential investors is an essential part of Binance.US’s long-term strategy,” Hazel Watts, a Binance spokeswoman, said in an email. Ms. Watts said the company planned to dilute its ownership significantly by bringing in more outside shareholders. “The original plan was only to dilute a small portion,” she said.

Mr. Zhao, who goes by “CZ” and lives in Singapore, created Binance.US in 2019 as a first step to appease U.S. regulators unwilling to let American customers trade on Binance.com. He currently owns most of both Binance.com and Binance.US. Mr. Brooks came on board in April with the mission of creating a legitimate and transparent business, starting by diversifying its ownership structure through venture capital investment in Binance.US.

A former regulator who briefly ran the Office of the Comptroller of the Currency — which oversees the nation’s biggest banks — under President Donald J. Trump, Mr. Brooks was already familiar with the cryptocurrency industry, having served as the chief legal officer of Coinbase.

Mr. Brooks took pains to establish that Binance.com and Binance.US were separate entities despite their common ownership. Binance.US had “a truly arms-length relationship” from the other, he said in a May 19 interview with Bloomberg — licensing the Binance brand and some technology but operating independently.

“That’s a very, very different thing from them owning us, which they don’t,” he said.

He was looking to raise at least $100 million from investors, according to Ray Lane, a longtime technology executive turned venture capitalist in San Francisco. Mr. Lane said his firm, GreatPoint Ventures, had never made a cryptocurrency investment, but when his partner Andrew Perlman — to whom Mr. Brooks had made a pitch — proposed that they invest, Mr. Lane was willing to entertain the idea. A senior SoftBank executive also looked at making a personal investment in Binance.US, but decided against it, a SoftBank spokesman said.

GreatPoint entered discussions with Mr. Brooks about a partial investment in Binance.US. The investors initially drew comfort from assurances by Mr. Brooks that Binance.US would be run independently from Binance.com and follow all U.S. regulations. That U.S. oversight could eventually include requirements beyond those already in place, which require the platform to keep track of customers’ identities, report suspicious activity to federal authorities and make sure that its services are not being used to commit crimes.

But with U.S. authorities investigating Binance over money laundering and tax issues, according to a Bloomberg report, and Mr. Zhao’s ownership of Binance.US hovering around 90 percent, GreatPoint decided against making an investment.

“We’d have to make an investment decision before all of those issues were resolved,” Mr. Lane said.

Moreover, he and his partners thought that the walls separating Binance.US from its parent company were flimsy. “How would we ever feel comfortable that it was an independent company using the same technology?”

Around the time that GreatPoint was contemplating an investment, Mr. Brooks was aiming to bolster Binance.US’s regulatory chops. Cryptocurrency firms, which have already had run-ins with U.S. regulators, have begun to mount a counteroffensive by hiring lobbyists and luring former regulators, including the former S.E.C. chairman Jay Clayton, into their fold.

In early July, Binance.US announced that it was hiring Manuel P. Alvarez, a former enforcement attorney for the Consumer Financial Protection Bureau who later served as California’s top banking regulator, to be its chief administrative officer. But once GreatPoint pulled out of the deal talks, both Mr. Brooks and Mr. Alvarez resigned.

Joshua Sroge, the interim chief executive of Binance.US, said in a statement that the company still had plans to grow, including raising external funds and “expanding its board of directors with experienced leaders, among other initiatives consistent with those pursued by fast-growing private companies.”

Ms. Watts, the Binance spokeswoman, said Binance.US was still expecting to complete a fund-raising round “shortly,” although she declined to disclose names of possible investors. As part of the new round, Binance.US expects to expand its board of directors — which currently has three members, Mr. Zhao, Mr. Sroge and the chief strategy officer for Binance, Gin Chao — to between seven and nine people.

“Board composition is an important factor in any fund-raising decision,” Ms. Watts said. “The proposal presented to the board at the time did not reflect this,” she added, referring to the venture capital investment suggested by Mr. Brooks. “CZ’s belief is that the board for Binance.US must be independent and operate with proper governance.”

The company is still planning on an initial public offering, she added. “It’s just a matter of time.” European digital asset manager CoinShares is expanding the reach of its physically-backed exchange-traded product (ETP) portfolio with a new listing in Germany. According to an announcement on Monday, CoinShares Physical Bitcoin (BTC), Ether (ETH), and Litecoin (LTC) ETPs have cross-listed on major German exchange Deutsche Boerse Xetra. The digital asset manager started the year by […] Celebrities have long been used to promote brands, products and services to varying degrees of success, and the cryptocurrency space has been no exception to this practice. In years gone by, the biggest names in the world of entertainment have made waves in the crypto space for endorsing or investing in projects, tokens and companies…. Curiosity in cryptocurrencies, such as Dogecoin, noticed a resurgence following last week’s GameStop buying craze, pushed by investments from users on the subreddit r/WallStreetBets. Right here we define the best way to purchase Bitcoin, the world’s first cryptocurrency, which is among the many most generally traded cryptocurrencies immediately. Listed as BTC on the cryptocurrency market,… Zimnat, a leading player in the insurance and wealth management industry for more than seven decades, has been awarded the Best Insurance Brand in Zimbabwe in the 2021 Global Banking and Finance Review awards. The annual business awards which are hosted by the Global Banking and Finance Review magazine are designed to recognize the innovation, […]