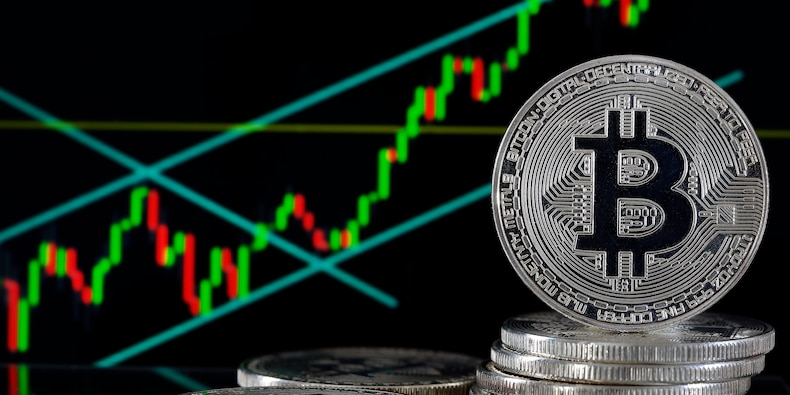 A new exchange-traded fund may be as close as investors can get to having a US bitcoin ETF – at least for now.

The US Securities and Exchange Commission has approved Volt Equity’s ETF, which aims to track companies that hold a majority of their net assets in bitcoin or derive a majority of their profit or revenue from bitcoin-related activities like mining, lending, or manufacturing mining equipment, Tad Pak, CEO of the fund, told Insider.

He calls these “bitcoin revolution companies,” and is eyeing MicroStrategy, Marathon Digital Holdings, and Bitfarms, among others, for the actively managed fund.

Volt Crypto Industry Revolution and Tech ETF was approved on October 5 and will trade under the ticker BTCR. The news was first reported by New York Times DealBook. Pak told Insider he hopes to go public in the New York Stock Exchange in the next three weeks.

“I’m a strong believer in bitcoin and was really excited about launching an ETF that could take advantage of the coming bitcoin revolution,” he told Insider. “We can get exposure to bitcoin without necessarily holding the coin, especially with options positions.”

This roundabout investing strategy is necessary because the SEC under Chair Gary Gensler has been putting off approving bitcoin ETFs – with nearly two dozens stuck in limbo – amid fears of potential for market manipulation. The US thus far has not approved a single one yet, though Gensler did recently note that he is more open to a bitcoin futures ETF. In Canada, however, bitcoin ETFs are available now.

As a result, the Volt ETF will not directly invest in bitcoin. Instead, it looks to put at least 80% of its net assets in “bitcoin revolution companies,” options, and ETFs with exposure to those companies. The rest will go in broad equity markets to offset the risk of the portfolio.

The ETF will also look at indicators such as the Stock-to-Flow model, which evaluates the current stock of bitcoin against the flow of new bitcoin mined that year.

Pak said this is the first ETF that is bitcoin-focused, compared to others that invest in a broader range of digital assets.

“It seems like it’s not a big deal, but no one’s ever done that before,” he told Insider.

The fund is the fifth ETF that San Francisco-based Volt Equity has launched. But Pak said it was by far the hardest, noting repeated back and forth with the SEC.

While the reason for the numerous delays is unclear, Pak, a retail tech investor, speculated it was because the fund’s initial name was Volt Bitcoin Revolution ETF.

“It was very difficult to get this through, but we’re really glad that they finally approved it,” he noted.

Previous
Bitcoin newsWhat are Bitcoin Pills?
Next
Bitcoin newsSenator Cynthia Lummis discloses a bitcoin purchase worth up to $100,000

A bitcoin ETF may not be approved by the SEC until 2023 despite surging interest, according to a fund provider that’s already been through the process Опубликовано: 25 мая 2020 г. BITCOIN TODAY: In this video, I’ll go through the Bitcoin news today & I’ll make a Bitcoin price analysis. The BTC news & analysis can be inspiration for your own Bitcoin trading or investing, but is NOT financial advice. On this channel, The Moon, I make 1 video every single… Get Forbes’ top crypto and blockchain stories delivered to your inbox every week for the latest news on bitcoin, other major cryptocurrencies and enterprise blockchain adoption. (Photo Illustration by Dan Kitwood/Getty Images) Bitcoin’s volatility came back in a big way this week, crossing $12,000 late Saturday night before falling 12% in a matter of minutes. More than…