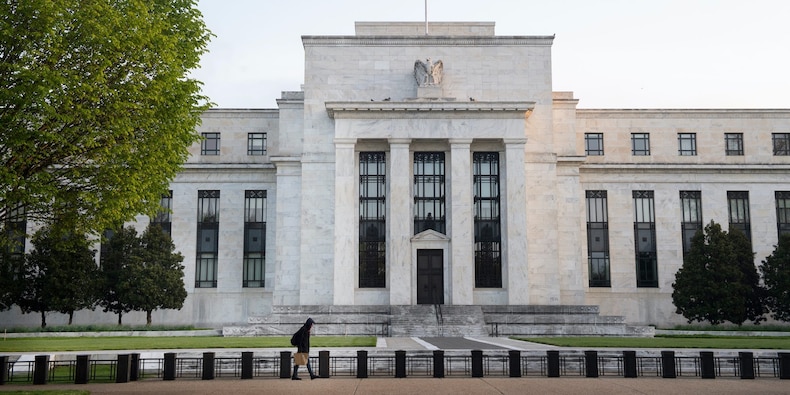 The Federal Reserve’s daily cash operations approached $1 trillion on Wednesday, as banks and other market participants drowning in cash look for somewhere to park their money.

The Fed’s “reverse repo” facility, where financial institutions can deposit cash overnight, took in an all-time high of $992 billion on Wednesday, according to Fed data. Usage shot up 121% in the month of June and is up 248% from April 2020, the last time the facility saw heavy use. At the beginning of 2021, the facility went essentially untouched.

Some observers worried the unprecedented volumes of cash could spell trouble for markets.

“This is far more important than people realize,” tweeted Guy Adami, a trader and former CNBC host. Adami described it as “eerily reminiscent” of “nasty market action” that occurred in September 2019, when a cash crunch caused the repo market to seize up.

But New York Fed President John Williams reassured investors last week that he was not concerned by the level of reverse repo activity, according to Reuters. Should volumes increase further, “it would just be a sign that it’s working as planned,” Williams reportedly said.

The record level comes after weeks of all-time highs, as an “overflowing river of liquidity” washes over markets. Most recently, the flood has come from the Fed’s ongoing asset purchases combined with a legislative requirement that the US Treasury must run down its cash holdings by the end of July.

Because most short-term investments yield virtually nothing, investors have flocked to the reverse repo facility – which yields just 0.05%.

Some observers worried the unprecedented volumes of cash could spell trouble for markets. Colorado regulators revised guidance that outlines concerns they have about financial planning, but the changes didn’t assuage critics. Four lessons learned in 2021 speak to the universal truths about Bitcoin and why our world needs it.