Paris-based climate campaigner Reclaim Finance said the project itself raised “serious climate and biodiversity-related risks” and called on investors not to participate to avoid “greenwashing and reputational risks”.

Greenwashing refers to sustainability benefit claims without clear, agreed definitions on sustainable investment, which could sometimes lead to a false impression of the overall environmental benefits.

Do you have questions about the biggest topics and trends from around the world? Get the answers with SCMP Knowledge, our new platform of curated content with explainers, FAQs, analyses and infographics brought to you by our award-winning team.

“The issuance of a green bond for such a devastating project might have been cleared for take-off, but the biodiversity and climate risks associated with the project speak for themselves,” Lucie Pinson, Reclaim Finance’s director, said in a statement this week. “Sincere investors should stay clear of this bond, if their climate commitments mean anything at all.” 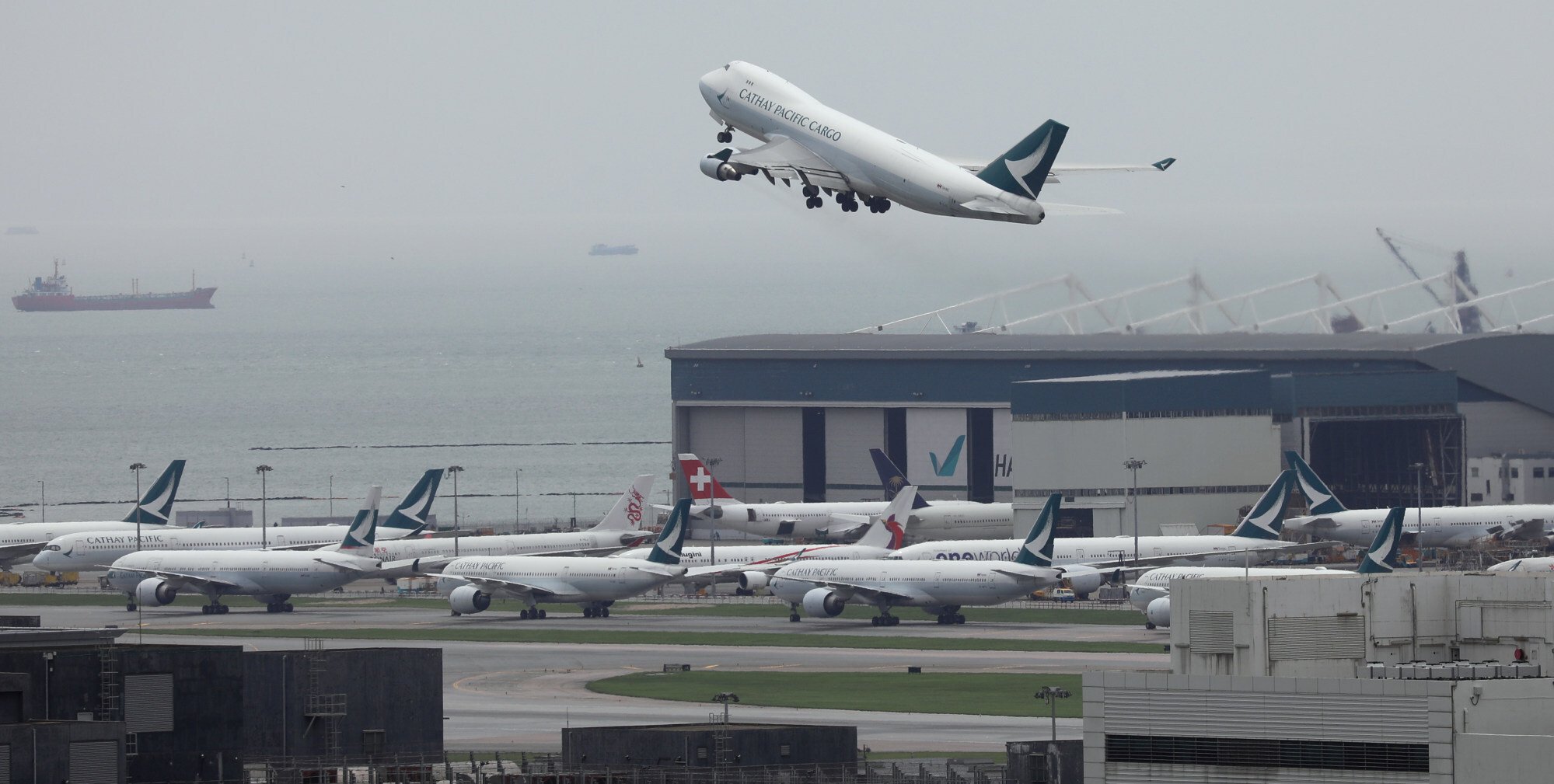 The airport operator’s green bond has received a preissuance stage certification from the Hong Kong Quality Assurance Agency, which verified the issuer’s adherence to international and national standards on green and sustainable finance.

The AA also received second-party opinion on its sustainable finance framework from Sustainalytics, which said it is “credible and impactful”. The research and ratings provider, however, recognised that aviation has a high impact that needs to be decarbonised over time, Kevin Ranney, its executive director of corporate solutions, told the Post by email.

“Some aspects of this transition, most notably aircraft emissions, are hard to abate and will require incremental change over time as well as technological breakthroughs,” he said, adding that decarbonisation of ground transport or buildings was easier.

The AA’s green tranche will only fund eligible green projects and not carbon-intensive activity or the new runway, he added.

While these projects will bring environmental benefits, Reclaim Finance said they would be more than offset by greater carbon emissions from more flights and the biodiversity risk from the new runway. “In addition to its climate impact, the project threatens the last Chinese white dolphins left in Hong Kong’s waters,” Reclaim Finance said.

The 3.8 kilometre, HK$11.5 billion (US$1.4 billion) third runway project is part of the HK$141.5 billion expansion of Hong Kong International Airport, which started in 2016 and is expected to be completed in 2024. The expansion is aimed at bolstering the city’s standing as a leading aviation hub.

The AA’s greenhouse gas emissions amounted to 164,110 tonnes of carbon dioxide equivalent in 2019, while that of the entire airport – including that of its business partners – was 436,940 tonnes. That is small compared to the carbon footprint of flights enabled by the airport.

Elsa Pau, founder and CEO of BlueOnion, which runs a financial portal that tracks sustainability data of more than 40,000 companies and more than 300,000 funds, said creating a green tranche and ring-fencing the use of its proceeds for decarbonisation of the airport itself did not address concerns about much bigger carbon emissions from growth in flights in the future.

“While the authority’s green bond may have checked all the boxes under these green finance principles, it has little control over the emissions of its airline customers and business partners,” she said.

Previous
USA financeNDAQ - Research and Analysis for Nasdaq, Inc.
Next
USA financeInvesting in a new house in 2022? Check these 4 points to see if you are ready for a home loan

The United States Binance is expected to close a funding round, raising a ‘couple hundred million’, Binance founder and CEO Changpeng Zhao said on Friday. LIVE – Updated at 04:47 © Getty Images/iStockphoto precio de bitcoin último 2021 today.jpg After showing signs of recovery following the announcement from China’s central bank that all crypto-related transactions are illegal in the country, the prices of bitcoin and several other cryptocurrencies are sliding down again on Tuesday. While … (Reporting by Shreyashi Sanyal in Bengaluru; Editing by Arun Koyyur)