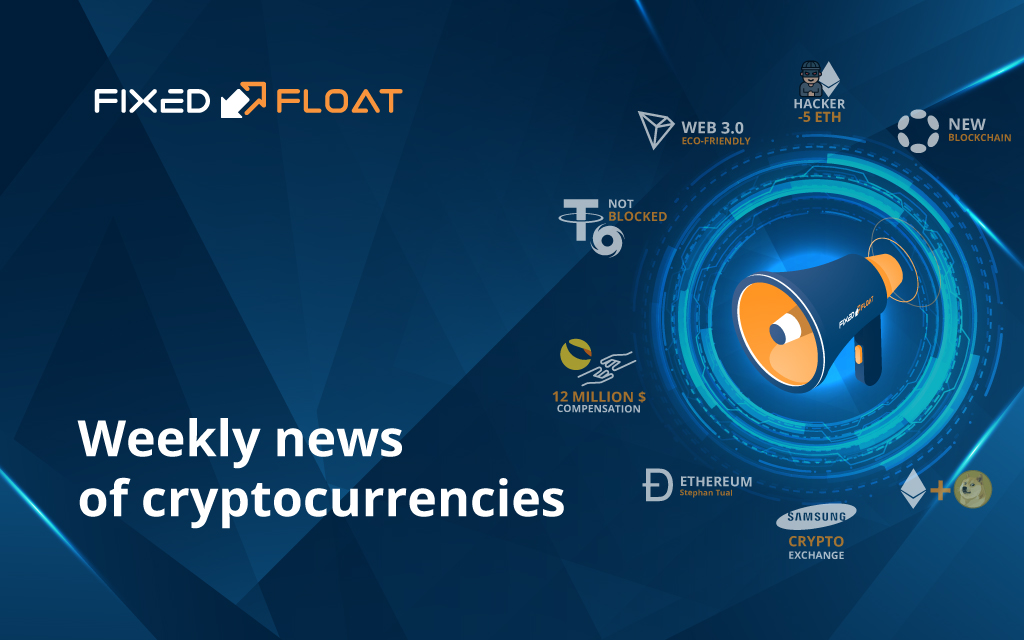 This week started on a slow note for the crypto community, and would probably round off on a dawdling steady-ranging rhythm as price generally swings within a tight range. The general bearish sentiment of the crypto market still prevailed as the community anticipates more downward movement before the bulls eventually take the wheels for good.

The world is facing a harrowing ordeal at the hands of global warming and environmental change; this makes energy efficiency and environmental friendliness essential features of a genuinely sustainable cryptocurrency. According to Crypto Carbon Ratings Institute, TRON was recently praised as the most environmentally sustainable Blockchains within the Web3 sphere. Tron has ranked ahead of Ethereum, Bitcoin, Solana, Cardano, Avalanche and more.

Uli Gallersdörfer, Co-Founder and CEO of CCRI, remarked “Our measurements have shown that the TRON network’s electricity consumption and carbon footprint are among the lowest in the peer group. Furthermore, transparency on node locations allowed us to produce an estimate with higher accuracy compared to previous studies.” As the world and the cryptocurrency industry strive for energy and environmental sustainability, Tron provides a veritable example to emulate.

Polkadot has been known for its use of several parachains supporting its decentralised web functionalities. Its multichain design is responsible for its multi-functionality, consistent innovation, and broad coverage within the cryptocurrency community. Polkadot desires to further leverage this design as it plans to deploy several new Blockchains in partnership with ParityTech.

The proposed development will ease the governance of the Polkadot network and allow for more seamless organisation. According to PolkadotInsider, the performance of existing parachains has been stellar. This has encouraged the influx of investors to the network. Dot lovers believe that the new development will add to existing exploits and contributions of constituent parachain contributions to increase the dominance and success of the Polkadot ecosystem.

As investigations continue on the Terra Luna crash, InsurAnce, a DeFi insurance company, will bring a smile to the faces of a selected number of victims. InsurAce stated it would pay $12 million to 155 Terra investors who lost money during the Terra crash. The move will only cover Terra investors who had taken insurance cover with InsurAnce. InsurAce is relatively new to the crypto space. Having debuted in April 2021 to provide risk coverage services for investors within the DeFi industry.

InsurAce reportedly incurred $11.7 million in costs, even though the firm had only collected about $94,000 in insurance premiums from UST investors. InsurAnce has its token: The INSUR, which is used by investors and stakers to vote on issues concerning the governance of InsurAnce. Analysis of voter’s claims qualified 155 claims for compensation and rejected 18.

The insurance company further stated, “In addition to improving our risk management strategies, we have made plans to mitigate the losses incurred by stakers. Over the next 12 months, a fixed sum will be paid into an on-chain pool from which stakers can withdraw their compensation. The staggered approach will help us ensure that we can help stakers to earn back some of their losses whilst maintaining healthy liquidity in the InsurAce protocol.”

On August 20, an unknown hacker attempted to attack the Rainbow Bridge cross-chain bridge, but was unsuccessful. He made a deposit of 5 ETH in the block he fabricated. After 31 seconds, the system automatically rejected the block after sending the transaction. As a result, the hacker lost his deposit, and the cross-chain bridge did not suffer as a result.

Developer Stephan Tual, known for The DAO project, left the Ethereum community after 9 years. He joined the Ethereum team in January 2014 as Director of Communications. After the failure of The DAO, he disappeared from view for some time, but continued to be active in the Ethereum community. Stephan Tual stated that he was disillusioned with the blockchain, which turned into an “NFT circus”, and also that he does not realize his belonging to this area. Now Stefan Tual intends to devote himself to other technologies.

On August 8, OFAS added Tornado Cash addresses to the sanctions list, which caused a mixed reaction in the crypto community. In the Netherlands, the developer of the service was arrested on suspicion of involvement in money laundering. In support of Tornado Cash, a rally was held, the participants of which stated that open source code is not a crime.

Tether refused to freeze addresses related to Tornado Cash without formal requests from law enforcement. The company criticized the blocking of such addresses, calling it reckless and disruptive, and also condemned Circle, which, without guidance from the authorities, took premature blocking measures.

As the crypto community continues towards interoperability, Dogecoin looks to make its entrance with the Ethereum bridge before the year rounds off. The bridge would be developed by Blue pepper. It would create a wrapped version of the meme coin, which would deploy staking, lending, and other DeFi functionalities for Doge users. Blue pepper will use BitGo, a centralised custodian for the wrapped version of the bitcoin. Blue Pepper and BitGo will be joined by the Dogecoin Foundation and MyDoge as foundation members of the decentralised autonomous organisation (DAO) that would govern the Doge-Ethereum protocol.

Billy Markus, the creator of Dogecoin, revealed in a tweet his hope for the successful development of the Bridge. He, however, clearly stated that he would not be held responsible for any DeFi-related activity which might ensue in the wake of the successful deployment of the Dogecoin-Ethereum Bridge.

Seven major brokerages in South Korea have begun laying the groundwork for their own crypto exchanges in the first half of next year, according to NewsPim newspaper. The report says that firms have applied for pre-approval and the creation of corporations for the exchange of virtual assets. Mirae Asset Securities and Samsung Securities are among the seven firms, the paper said, citing unnamed industry sources.

Mirae has set up a subsidiary under its subsidiary Mirae Consulting, which is hiring technical staff for various cryptocurrencies and non-fungible tokens, while Samsung is exploring how to enter the blockchain-based security token market, NewsPim reported. The newspaper reports that at the end of last year, Samsung could not find the staff to create a cryptocurrency trading platform.

Due to the collapse of TerraUSD (UST), the authorities have become more strict, making regular checks on exchanges and taking action for incorrect registrations. NewsPim writes that the fact that large traditional firms are looking to enter crypto will contribute to easing Yun’s rules.

Polkadot has been known for its use of several parachains supporting its decentralised web functionalities. Its multichain design is responsible for its multi-functionality, consistent innovation, and broad coverage within the cryptocurrency community. Polkadot desires to further leverage this design as it plans to deploy several new Blockchains in partnership with ParityTech. There are black investors out there that feel crypto doesn’t help them enough despite crypto’s backbone being built on helping minorities. October 15th is approaching, and that’s the latest deadline for submitting a rehabilitation plan for reimbursing the Mt. Gox creditors. With them claiming over 150,000 bitcoins, which is about 15% of the total value owed to creditors, the community speculates on the potential market impact. The Mt. Gox case has been going on for years,… The quest for legitimacy in the United States is leading Binance.com, the world’s largest cryptocurrency exchange, to pursue an initial public offering of its American unit. But for a company founded on secrecy — as cryptocurrency firms typically are — the going could be slow and fitful.This month, Brian Brooks, the chief executive of Binance.US,…