A woman was charged with elder financial exploitation after an alert Marietta police officer noticed something was not right.

MARIETTA, Ga. – One Marietta officer is getting recognized for putting his training to use and helping an elderly man who was allegedly being taken advantage of.

Officer Jared Foster was patrolling when he came across a situation that raised red flags.

This ultimately led to a woman being charged with elder financial exploitation.

A Marietta police officer is being recognized for using his training to spot an elderly man who was being taken advantage of.

Officer Jared Foster said he was patrolling on Delk Road when he noticed something suspicious.

“The truck that the victim was in was parked toward the back of the hotel which I thought was odd. They weren’t in a parking space, they were just kind of sitting here,” he said.

It was just a hunch, but Officer Foster decided to go talk with the elderly man and younger woman who were inside the truck.

“She was definitely kind of taking over the conversation. Was talking over him, like no, no, no. I did regular checks in the system we have and noticed there was an alert for him as suffering from either Alzheimer’s or dementia,” said Officer Foster.

He said he was told the woman was the man’s financial adviser and they were flying to Florida to recover lost money.

Officer Foster said he didn’t buy the story. He said it had the red flags of elder financial exploitation.

Detectives investigated and the woman was ultimately accused of taking more than $5,000 from the elderly man. Detectives also determined she conned others during the last 10 years.

“Oftentimes we catch them in the tail end when the damage has already been done and they’ve already left town and escaped with the money, so it was nice to catch it in the act,” Foster said.

He picked up the subtle clues, thanks to his training with the police department and with the North Georgia Elderly Abuse Task Force Foundation.

The task force brings together agencies and departments from across the state to learn how to spot elder abuse, whether it’s physical or financial, and to essentially compare notes on what they encounter.

“A group of us formed the foundation and the task force. We are 100 percent volunteer. We have decided to go into the community and speak with not only seniors and senior centers and not only educate them about scams, financial fraud, We also speak with law enforcement officers,” said Kim Sherk, the Vice President of the foundation.

The foundation awarded the Pat King Guardian award to Officer Foster on Thursday for following his instincts and putting his training to use.. 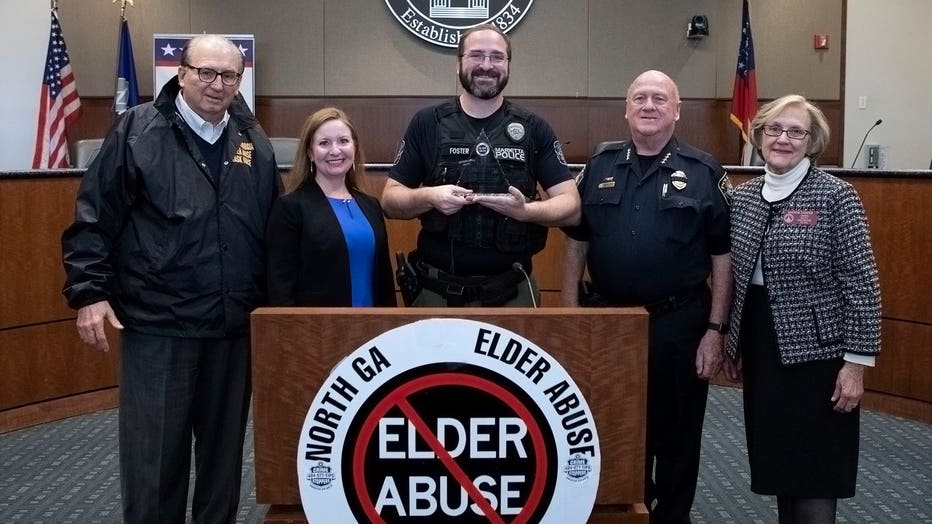 “Don’t just issue that warning or citation or let it go on the surface. Be a good preliminary investigator. If you see something unusual do what Officer Foster did and look beyond the ticket. What he did was good basic police work,” said Marietta Police Chief Dan Flynn.

Any law enforcement agency can reach out and become a part of The North Georgia Elderly Abuse Task Force.

Churches, senior centers, and other groups in the community can also reach out to have the task force come and speak.

Officer Jared Foster was patrolling when he came across a situation that raised red flags.

Previous
USA financeHow pandemic changed personal finance and how you can save, invest and spend better?
Next
USA financeHow major US stock indexes fared Friday Wedbush Securities announced on Thursday that it has joined the blockchain-based stock settlement network developed by Paxos. WASHINGTON (AP) — House Democrats who have spent years investigating Donald Trump are entitled to some of the former president’s financial records, a federal judge ruled Wednesday. The ruling from U.S. District Judge Amit Mehta in Washington empowering Congress to have the records is the latest development in years-long legal and political skirmishes over access […]