One of the boldest claims advanced to justify the remarkable rise in the value of bitcoin towards the end of last year was that the digital currency was set to rival gold as a long-term store of value. Indeed, Goldman Sachs even cited these supposed inflation-proof qualities as justification for its eye-catching prediction at the end of last year that bitcoin could hit $100,000 over the next five years. The investment bank noted that the cryptocurrency already accounted for 20 per cent of what it called the “store of value” market, comprising gold and bitcoin, and suggested that this could rise above 50 per cent.

That prediction has not survived its first contact with economic reality. As the world’s big economies grapple with the highest inflation in decades, the price of bitcoin has tumbled. It stands at $37,563, more than 40 per cent below its November peak. Meanwhile, the price of gold is broadly unchanged since the start of the year, suggesting that bitcoin’s share of the “store of value” market is down to about 10 per cent. It turns out that far from trading like gold, bitcoin has more in common with technology stocks, which similarly soared when central banks flooded markets with cheap money but have sunk at the first hint of a rate rise.

Indeed, the crypto boom has carried all the hallmarks of a bubble. The number of digital currencies has exploded in recent years, rising from 6,000 to more than 11,000 last year. At its peak, the combined market capitalisation of the crypto universe was an estimated $2.6 trillion. More than 100 million people own some form of crypto asset, including 2.3 million in Britain. It is said that the signal to sell shares ahead of the 1929 stock market crash was when shoeshine boys started offering tips. The 21st-century equivalent may be schoolchildren wanting to buy crypto with their pocket money after encountering ads on TikTok or learning that Paris Saint-Germain star Lionel Messi accepted a bonus in fan-tokens.

Even so, it’s a brave soul who calls the end of the crypto boom. As bitcoin enthusiasts point out, its price has halved at least four times in the past three years before bouncing back. They are betting that crypto currencies are not simply going to displace gold as a store of value but will revolutionise the world of money, liberating finance from the control of centralised institutions such as governments and banks. They argue that “distributed finance” using technologies such as blockchain, which enable transactions to be verified by networks of computers, promises to usher in a world of ultra-cheap, ultra-fast, ultra-secure financial services that could be worth trillions of dollars to the global economy.

The bull case for the latest sell-off being just another temporary setback rests in part on the degree to which mainstream financial institutions have been piling into what has become a vast ecosystem. Investment banks such as Goldman Sachs have set up trading desks, while asset managers such as Morgan Stanley have launched crypto funds. Although there is not yet an exchange-traded fund that invests in underlying crypto currencies, there is now an ETF that invests in bitcoin futures that trade on the Chicago Mercantile Exchange. Gradually, crypto assets are being brought within the reach of the regulated financial markets, making them more accessible and acceptable to a broader range of investors.

Set against this, there are several reasons to believe that the air may continue to come out of the bubble, or as investment bank UBS puts it, the market could be heading for a “crypto winter”. The first is that cryptocurrencies are still not capable of fulfilling any of the three functions of real money. If the recent sell-off showed that they are not yet a reliable store of value, the endless volatility also makes them useless as a means of exchange or a unit of account. Bitcoin might have found some use on the dark web as an untraceable way of executing drug deals and laundering money, and the government of El Salvador may have quixotically adopted bitcoin as legal tender, but a currency that can lose half its value in weeks is no use for the overwhelming majority of financial transactions. 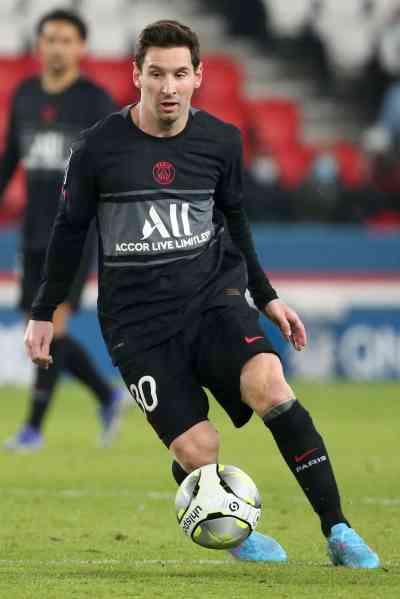 Lionel Messi helped to bolster the huge interest in cryptocurrencies

A second risk relates to regulation. The extraordinary amounts of money now engaged in speculation in crypto currencies has attracted the concern of financial regulators, who fear risks to financial stability and consumer protection. Indeed, the International Monetary Fund last week expressed alarm that sell-offs in crypto and equity markets may be feeding into each other, as over-indebted investors dump assets to cover losses. At the same time, many central banks, including the Bank of England, are exploring creating their own digital currencies as a way to maintain their own control over the financial system. China went to great lengths last year to shut down bitcoin miners.

Nor does the risk come solely from financial regulators. Because of the way that bitcoin transactions are verified by miners, networks of powerful computers that compete to be paid in the currency, it is extraordinarily energy-intensive. Bitcoin miners are estimated to consume as much power as the Netherlands. A Swedish official has warned that the country’s entire planned new renewable energy capacity risks being consumed by bitcoin miners, undermining its efforts to reach net zero carbon emissions. That has prompted calls for a ban on the most energy-intensive form of bitcoin mining within the European Union.

Finally, there is the risk that the technology does not live up to the hopes of its advocates in terms of speed and security, or at least does not deliver these benefits in the timescale that the market anticipates. That is often the way with bubbles. The tulip bubble burst, but the Netherlands still has a large cut flower industry centuries later. The dotcom bubble burst, but the digital revolution continues to transform the global economy to this day. Crypto may prove to be a transformative technology. But anyone contemplating going back into the market should be prepared to lose their shirt. The Dutch BTC Exchange Bitonic objected to the verification demands for crypto users that were imposed by the Dutch Central Bank which even forced crypto companies to ask for screenshots of their customers’ wallets as reported in crypto news. However, a  new court order said it was unwarranted. The Dutch BTC exchange Bitonic announced that the … After making the cryptocurrency legal tender, President Nayib Bukele plans to launch bitcoin-backed bonds to raise $1 billion for the country.