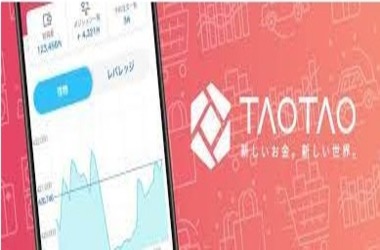 The XRP market crashed when the US SEC (Securities and Exchange Commission) revealed that it has taken legal action against Ripple for marketing securities. The price plummeted, with billions of dollars lost in a matter of a few days. Then there were the delistings. Top exchanges such as Coinbase, Binance, and Kraken have either ceased trading in the coin or delisted it entirely.

They are currently relisting XRP one after the other, with the most recent being TaoTao, a Japanese exchange. TaoTao lately stating that it will relist the crypto, which has now fallen to eighth in the market cap rankings. On September 22nd, at 16:00 local time, the Japanese trading platform will permit full XRP services.

According to Yahoo Japan, the crypto exchange will initially perform routine servicing on the specified day. Following that, it will provide trading pairings based on Bitcoin, Bitcoin Cash, Ethereum, and Litecoin.

TaoTao debuted in May 2019, having originally operated as BitARG. YJFX, an affiliate of Yahoo Japan, held a stake in it at that point. It was purchased by the SBI Group, a long-time Ripple and XRP collaborator and backer, in October 2020. This came after negotiations with Binance had come to a halt.

TaoTao is the latest exchange to relist XRP, joining Phemex and Japan’s Rakuten Exchange. Nevertheless, the main exchanges have abstained from making the shift, preferring to wait until the legal battle with the SEC is resolved.

Coinbase was lately involved in a brief relisting snag when a malfunction in its professional trading platform revealed that it had taken this approach. The exchange then denied the story, much to the chagrin of the ‘XRP Army,’ and the price plummeted by 10%. The persistent gap that big exchanges like Coinbase, Kraken, OKEx, and Binance have placed between themselves and XRP demonstrates how important the present legal fight is to the cryptocurrency’s survival.

If the SEC prevails and XRP is deemed a security, the token would be essentially barred from nearly all key exchanges functioning in the United States. Ever since SEC’s investigation into Ripple, the XRP price has been volatile. Additionally, many analysts feel that the token would never recover from the court fight. XRP has dropped 17% in the last week and is now trading at $1.08, which is 70% lower than its all-time peak of $3.84 achieved more than three and a half years ago. Rumor has it Coinbase could be the first major player in the U.S. cryptocurrency industry to go public, and using the mechanism of a direct listing, instead of a traditional initial public offering. Popular American-based cryptocurrency trading platform Coinbase has rumored plans to pursue a public debut later this year, or early next year—making the… Blockworks has curated a collection of the latest articles and research on inflation. Read on and scroll to the bottom for a complete list of our Investor’s Guides. ArticlesThe Ultimate Guide to InflationLyn Alden, Lyn Alden Investment Strategy Inflation is a controversial and complex topic. This article looks at 150 years of data across multiple…