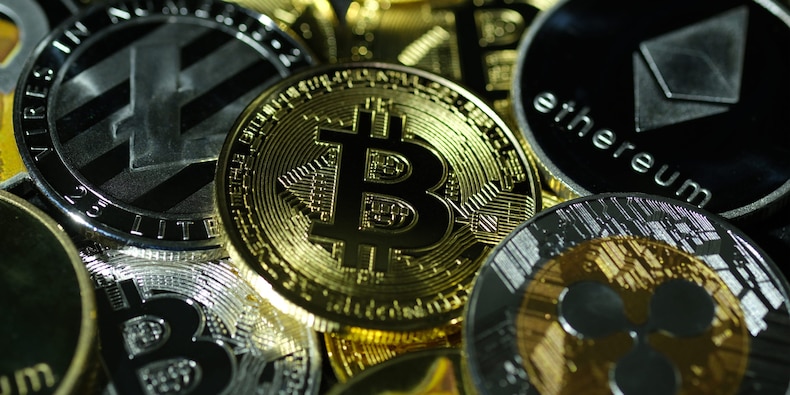 Bitcoin has lost market share to other cryptocurrencies in recent months.

Bitcoin’s slump is likely to end when the cryptocurrency’s market share climbs back above 50%, JPMorgan’s cryptocurrency expert has said.

The world’s biggest cryptocurrency has tumbled since May, and its share of the $1.41 trillion crypto market stood at around 46% on Wednesday. Bitcoin stood at $34,584 on Wednesday, down more than 45% from April’s record high of close to $65,000.

“It was like 60% back in the beginning of April,” Panigirtzoglou said on CNBC’s “Worldwide Exchange.”

“A healthy number there, in terms of the share of bitcoin as a percentage of the total cryptocurrency market cap, is 50% or above. I think that’s another indicator to watch here in terms of whether this bear phase is over or not.”

Panigirtzoglou said bitcoin’s market share had risen in recent weeks, from around 40% in April.

“The flow into ethereum funds has slowed over the past two to three weeks, at the same time as the flow into bitcoin funds… has improved,” Panigirtzoglou said.

“That means there is perhaps a relative value opportunity that some institutional investors are seeing, to buy bitcoin and sell other cryptocurrencies.”

However, Panigirtzoglou said there was little sign that big investors were buying the dip in bitcoin. He said the price may have to drop further before people buy back in, although he did not specify how far.

Other analysts take a different view. Fundstrat’s David Grider wrote in a note on Monday that bitcoin’s rise despite the UK’s crackdown on major crypto exchange Binance is a bullish signal that suggests prices may have bottomed out. A rise in financial censorship this year, perpetrated by citizens’ own governments and adversarial nations alike, calls for Bitcoin. Genesis Digital, a leading cryptocurrency trading, lending, and custody desk, released its Q2 reports, where it confirms what it calls the “emerging role” that Ethereum and defi have in the industry. The report also confirms that institutional interest in crypto is still rising despite the crash in prices the market experienced in Q2 2021. Genesis… A former Coinbase employee and two cohorts have been arrested by the Department of Justice following charges of insider trading.