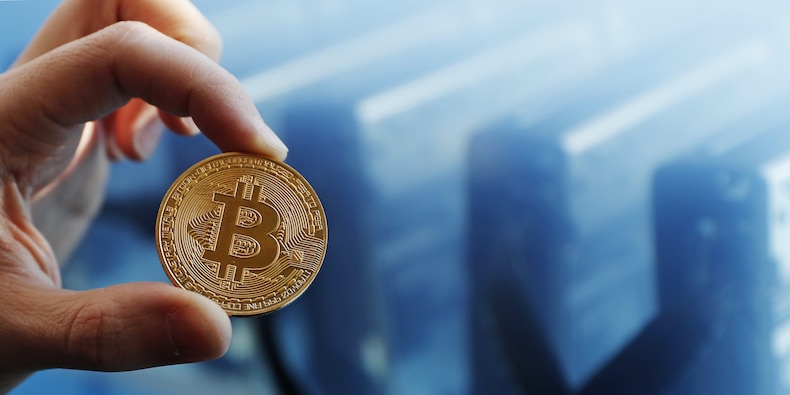 Bitcoin shot up in the first months of 2021 before tumbling in May.

A measure of how hard it is to mine bitcoin is plunging after China’s crackdown took out a chunk of the computing power underpinning the network.

Bitcoin’s “network difficulty,” which measures how much computing power is needed to mint a new bitcoin, has fallen 45% from its May highs, according to public blockchain data. The drop is smaller but still pronounced, about 26%, when using 30-day moving averages. 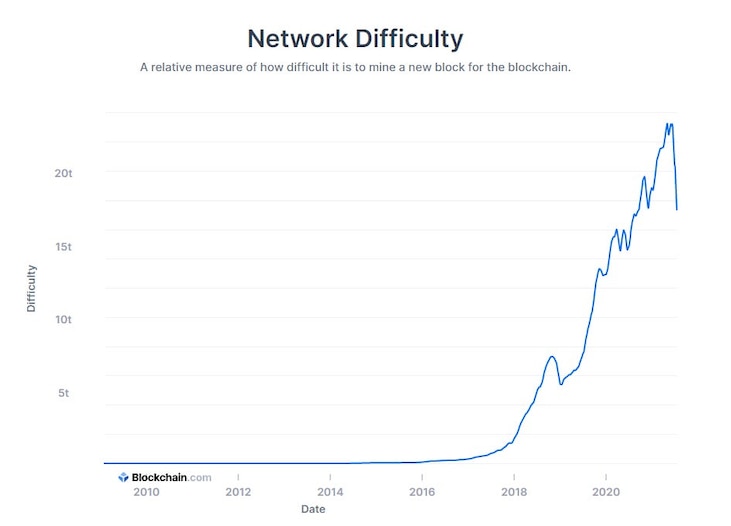 Bitcoin’s underlying algorithm regularly adjusts difficulty based on how many miners are on the network. Falling difficulty indicates mining power has come offline.

The clear culprit is China, where the government’s anti-crypto tack has forced mining operations to shutter from Sichuan to Xinjiang.

The country, which once accounted for 65% of the world’s mining power, has forced a “seismic shift” in bitcoin mining patterns. In the wake of China’s restrictions, nearly a quarter of active bitcoin addresses went offline, according to analytics firm Glassnode. In the end, 90% of China’s bitcoin mining capacity is set to be shut down, according to the Global Times, a newspaper run by China’s Communist Party.

Network difficulty, which automatically updates about every two weeks, could bounce back as Chinese miners migrate elsewhere, possibly to Central Asia or North America.

“It’s happening! Texas will be the crypto leader,” tweeted Gov. Greg Abbott after a local grocery chain said it would start accepting crypto at kiosks. The tweet came just days before China tightened the screws on crypto mining. Billionaire hedge fund manager Bill Miller’s flagship fund will soon be able to add bitcoin exposure by investing in Grayscale’s bitcoin trust (GBTC), according to its filing with the U.S. Securities and Exchange Commission (SEC). The fund currently has about $2.25 billion in assets under management. The Miller Opportunity Trust, a hedge fund in the… Should the markets clean up before a possible continuation of the bullish rally that began in October 2020? Pub 4 arguments work in favor of a continued rise in the price of Bitcoin (BTC) towards 20,000 USD. Today, November 7, 2020, seems to plead the opposite. The Bitcoin price of the day is offered to… The crypto market appears to be losing momentum, and even the biggest names aren’t exempt.