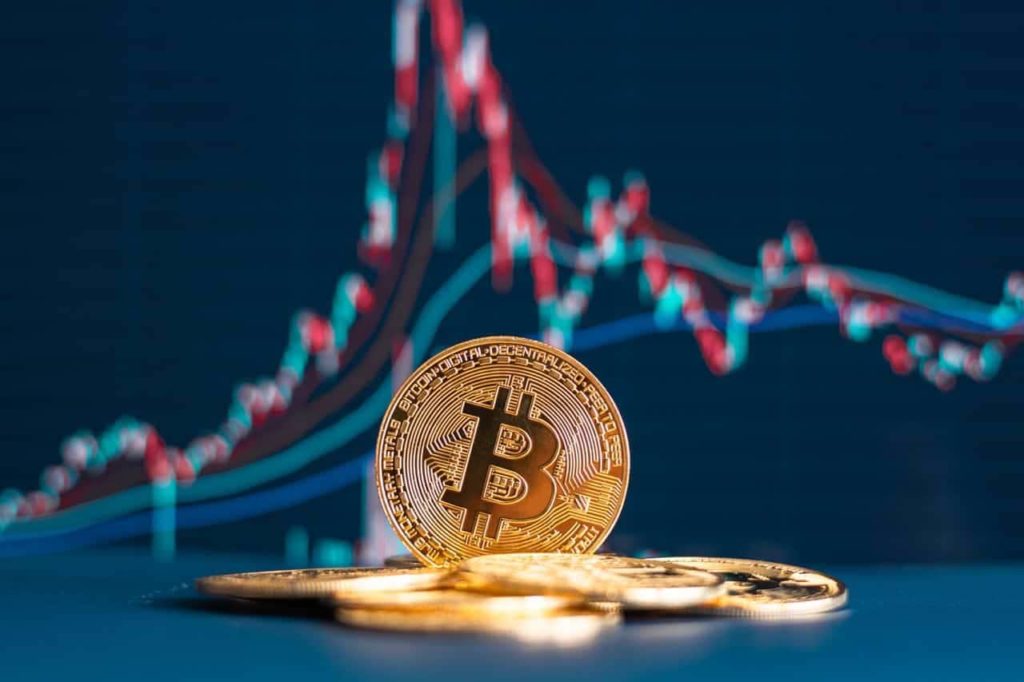 This morning August 3, Bitcoin (BTC) was able to retake $23,000, which is positive news for bulls since it means that the price is now trading above the closely monitored 200 weekly moving average (which is currently located at about $22,900).

The capacity of Bitcoin to maintain its position above the 200 weekly moving average occurred at the same time as the S&P 500 dropped 0.67 percent yesterday. Interestingly, this may be seen as a sign of renewed interest in the cryptocurrency market in comparison to the equities market. 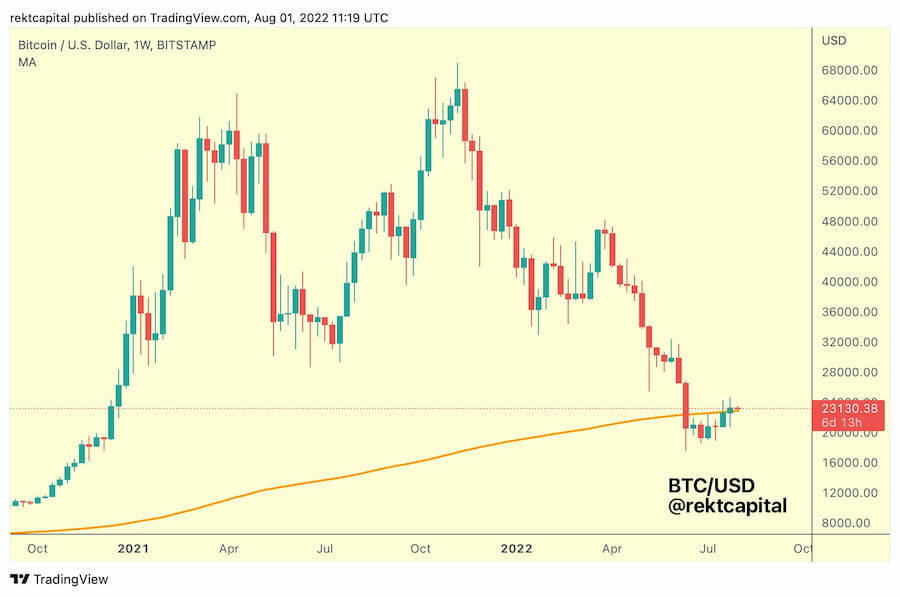 As seen by the downward wick, Bitcoin successfully used held the MA as support in the previous week, and it will attempt to do so for a second consecutive week.

Furthermore, according to statistics provided by CoinShares, Bitcoin-focused funds received deposits totaling $85 million during the previous week, but short-Bitcoin funds had withdrawals totaling $2.6 million during the same time period. Following a five-week streak of cash inflows, the short Bitcoin product has now seen its first week of outflows.

Following the withdrawals of $481 million in June, this was nearly completely rectified by the total inflows of $474 million during the month of July. This is the most money that will come in during any given month in 2022.

What’s more, it suggests that smart money is particularly interested in purchasing cryptocurrency at current levels since these funds are often acquired by institutions and high-net-worth individuals.

There have been many attacks this week inside the cryptocurrency ecosystem, although Bitcoin has continued to show strength.

On the Solana (SOL) network, there was an attack this morning that resulted in many millions of dollars being stolen. The perpetrator of the assault removed at least $5 million worth of SOL, SPL, and other Solana-based tokens from the digital wallets associated with Phantom and Slope.

#PeckShieldAlert The widespread hack on Solana wallets is likely due to the supply chain issue exploited to steal/uncover user private keys behind affects wallets. So far, the loss is estimated to be $8M, excluding one illiquid shitcoin (only has 30 holds & maybe misvalued $570M) pic.twitter.com/aTGNsTc6d8

In addition, a hack took place on August 1 against a cryptocurrency bridge known as Nomad. This bridge allows users to trade tokens across different blockchains resulting in $200 million of funds were drained.

In spite of these hacks, the amount of illegal activity in relation to fiat money has remained relatively minimal. Steven Sidley, a professor from South Africa, argues that the percentage of transactions that are linked to illegal activity in the actual world of rands and dollars, where we live, is 5% “that’s 50 times higher than crypto (and those are the only ones we know about).”

This was a rebuttal to the claims made by the deputy governor of the South African central bank, who said that “90% of cryptocurrency transactions” are illegal.

Disclaimer: The content on this site should not be considered investment advice. Investing is speculative. When investing, your capital is at risk. After a boost on Tuesday, following the release of U.S. inflation data, bitcoin prices were once again lower on Wednesday. U.S. authorities have withdrawn their request to extradite the alleged operator of crypto exchange BTC-e, Alexander Vinnik, from France. Here’s what you need to know about mining cryptos like bitcoin, its environmental impact and its effect on their potential as investments. The growing custodial banking layer creates a systemic risk for Bitcoin (BTC), warned popular crypto researcher Hasu and offered two solutions. While some say that Bitcoin could be scaled by increasing its block size, allowing more transaction per block, this would worsen the assurances of the transactions, Hasu said in a recent post on Deribit…