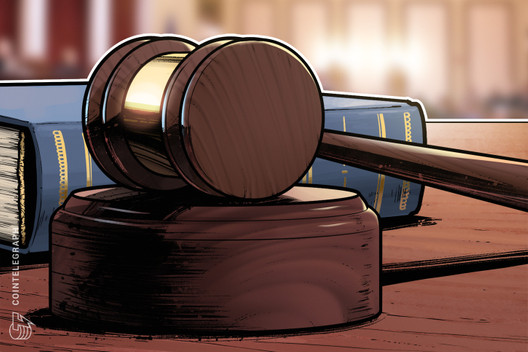 The operator of Australia’s ‘PayID’ payments network is suing Ripple Labs over its use of ‘PayID’ branding. 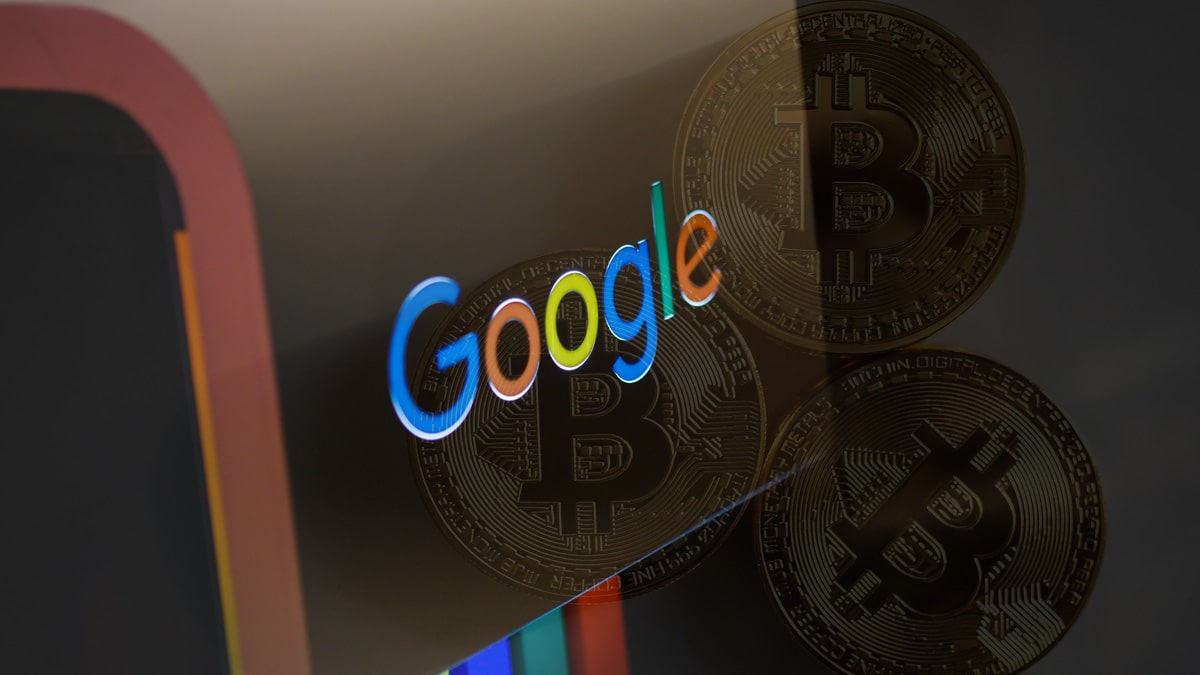 Not too long ago, Google, like many other entities that control the tech world, decided that cryptocurrency was bad. It moved to suppress virtually anything that had to do with crypto advertising and operations, severely handicapping the industry. Google has been changing its tune more recently, however, and seems to have warmed up quite a bit to the idea that digital currencies are, in fact, a legitimate form of payment. Whether this stems from the realization that crypto is the future or as simply a smart business move is still debatable, but the underlying reasons aren’t as important as the result. Google’s digital payments platform, Google Pay, has spent the past several months onboarding several crypto-based payment solutions, and this is going to go a long way toward greater adoption. 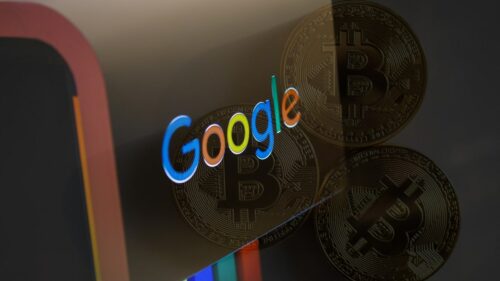 Paxful, a peer-to-peer crypto trading platform, was the first to be embraced by Google Pay, paving the way for crypto enthusiasts in dozens of countries to be able to make their purchases using the Google payments solution. Available even where there are no banks, the partnership opened a number of financial channels that many would have never been able to access before. Practically overnight, all that someone needed to be able to be a consumer was an Internet connection.

Coinbase followed this past March, teaming up with Google Pay so the exchange’s Coinbase Card holders could link their crypto balances to the payment solution. Next up, NewsCrypto, a crypto trading analytics and education platform, was brought into the mix and became the first to allow crypto purchases directly through Google Pay. NewsCrypto offers its own digital token, the NewsCrypto Coin, which can be used to purchase the platform’s advanced trading tools and more.

As far as a single action leading to global shifts in habits, the acceptance by Google Pay of crypto-based operations is a huge game-changer. The platform has over 67 million users around the world, and the exposure of digital currency as a viable fiat alternative on the payments solution is going to lead to phenomenal growth and adoption. Add to the growing list of previous anti-crypto pundits like Visa and PayPal, both of which are now embracing the digital currency realm, and a very real, very clear picture emerges of what lies ahead for crypto as a form of money.

As crypto becomes more popular, it will become more regulated. This has been seen already over the past two years, and the wheels are already in motion. This bodes well for virtual industries that can benefit from global digital payments, such as the gambling industry, which needs both a well-regulated environment in which to operate and a payments solution that is fast, effective and inexpensive. Digital currency is the only currency that can provide both of these traits simultaneously, allowing iGaming users to make deposits and withdrawals instantaneously while adhering to established financial regulations. The online gaming industry of today is only a glimpse of what will be seen two to three years from now, and it’s exhilarating to be able to see the changes that are coming.

Bitcoin In The ‘Early Stages’ Of A Bull Market, Crypto Wallet Data Reveals

Bitcoin has struggled through August after leaping higher at the end of July.

The bitcoin price has repeatedly tried and failed to gain a footing over $12,000 per bitcoin but is currently stuck trading around $11,800.

Now, as a number of high-profile investors turn to bitcoin amid unprecedented coronavirus stimulus spending, the biggest bitcoin and crypto wallet apps, including Coinbase, Blockchain Wallet, Crypto.com, BRD, and Binance, saw record combined downloads in July—suggesting to some bitcoin is “in the early stages of another bull market.”

Downloads and users of bitcoin and cryptocurrency apps have surged in recent months, with some of … [+] the most popular, including Coinbase, hitting all-time highs.

In July, the top 10 crypto wallet apps increased net new installs around 81% year-on-year, according to research carried out by app data website Apptopia.

“At the start of quarantine, we noticed an uptick in new installs for some of these apps, but didn’t think much of it because this market tends to be quite volatile anyway,” Apptopia’s Madeline Lenahan wrote in a blog post alongside the data, adding it “looks like the growth we saw was, in fact, real and lasting.”

The bitcoin price surge at the end of July, taking bitcoin to its highest level since June last year, triggered a bitcoin retail trading boom with exchanges around the world reporting sky-high bitcoin trading volume.

The sudden wave of fresh interest in bitcoin from both institutional and retail investors has caused some to make parallels to bitcoin’s massive 2017 bull run that saw the bitcoin price soar from under $1,000 per bitcoin to around $20,000 in under 12 months.

Some of the most popular bitcoin and cryptocurrecy wallet apps have surged in popularity over recent … [+] months, according to Apptopia research.

“It appears to many that we’re in the early stages of another bull market for bitcoin, this time against a macroeconomic backdrop that seems almost scripted for bitcoin to shine,” Cory Klippsten, tech investor and founder of bitcoin buying app Swan Bitcoin, said via Telegram, pointing to the big new user percentage increases seen by a “new crop of bitcoin-only services like Coinfloor in the UK, Bitaroo in Australia,” and his own Swan Bitcoin in the U.S. which are “all seeing growth through the roof.”

“No one can predict the future, but if the pattern of 4-year bitcoin market cycles continues, we’re looking at a peak sometime around the end of 2021. More people are dipping their toes into bitcoin every day, and the ones that are already here are gaining conviction and buying more.”

The International Monetary Fund (IMF) is making a strong case for the transformative potential of Bitcoin and cryptocurrencies.

In a new video posted on Twitter, the international organization highlights the use cases of cryptocurrencies by shining the spotlight on the shortcomings of traditional payment systems.

“When we buy or sell things, the payment is usually processed by a bank or credit company. Problem number one, the companies often take a cut of the transaction. Two, we have to trust these companies to protect our sensitive data from hackers. Three most international payments take a long time and are expensive.

To solve these problems, we could use a special currency that is secure and based on the science of cryptography, which is a way of protecting information using mathematics. This special type of currency is called a cryptocurrency and only exists in computer networks.

When you send someone the special currency, the money goes directly to them, removing the middleman, and at the same time, the transaction is broadcast to the entire network and recorded in a permanent way, which means it’s almost impossible to fool the system.

Costs of making payments are lower. Transactions are faster, especially across countries and even those people around the globe who don’t have bank accounts can buy or sell goods and participate in the global economy.”

While cryptocurrencies offer numerous benefits, the IMF cautions that digital assets are not free from risks.

If you lose your password, you could lose all your money. At the moment, cryptocurrencies are highly volatile. They can’t process large amounts of transactions quickly yet, and they’re not even widely accepted.”

The IMF says that once the current limitations of cryptocurrencies are addressed, digital assets may hold the key to the future of money.

“But if we can counter the risks, then this new technology or some variation of it can completely change the way we sell, buy, save, invest, and pay our bills. And who knows, this could be the next step in the evolution of money.” Grayscale Investments has surpassed $10 billion in cryptocurrency assets under management. About $8.85 billion are held in the Grayscale Bitcoin Trust, which now holds more than 500,000 bitcoins. Grayscale Investments announced Tuesday that it has surpassed a major milestone in cryptocurrency assets under management (AUM), which the total now stands at $10.4 billion. The company… As the cryptocurrency market is in the midst of a major bull run with Bitcoin (BTC) approaching its all-time highs, the security concerns of cryptocurrency self-storage are becoming more relevant than ever. On Nov. 12, Bitcoin — the world’s largest cryptocurrency by market cap — surpassed a $16,000 threshold for the first time since the… In 2019, an inter-ministerial committee below then financial affairs secretary Subhash Garg had instructed that personal cryptocurrencies like bitcoin be banned, and any actions associated to digital currencies be criminalised. The federal government will quickly introduce a Invoice in Parliament that can explicitly ban personal cryptocurrencies corresponding to bitcoin, because it concurs with the central… BAND, the native token of the Band Protocol, rose by as much as 384 percent in the third quarter. The supersonic price rally appeared amid the ongoing DeFi craze – and also following Band’s growth-oriented partnerships. Nevertheless, the BAND/USD pair stands overbought, which points to an imminent downside correction ahead. An explosive buying spree in… Although Bitcoin has stalled dramatically since February’s $10,500 peak, data shows that large cryptocurrency investors have been unfazed. So unfazed, in fact, that they’ve begun to accumulate more and more BTC, stacking coins in seeming preparation for a bull run. Data shared by crypto analytics provider Glassnode on Apr. 9 indicates that the number of… Iranian President Hassan Rouhani has ordered the government to draw up a renewed national approach for the emerging crypto industry. Chairing Iran’s economic coordination headquarters – a seminar for the national economic strategy – earlier this week, Rouhani told officials from the Central Bank of Iran (CBI), energy department and information and communication technology ministries…