The oldest cryptocurrency exchange in India, ZebPay, announced the plans to launch the proprietary non-fungible token (NFT) and start its NFT marketplace.

The trading platform will become India’s first company to have its non-fungible token – Dazzle, the word states for the herd of zebras. According to Mr Rahul Pagidipati, CEO at ZebPay, Dazzle holders will be entitled to various discounts on ZebPay trading fees and partnership websites, including e-commerce businesses, streaming and food delivery services.

Commenting on the news, Pagidipati said the following as cited in Financial IT:

We have announced project Dazzle, which will generate non-fungible tokens, one-of-a-kind digital collectibles. These will be given out to members through various programs. The difference between a conventional (fungible) crypto token like Bitcoin, Ether, or Ripple and non-fungible tokens is its rarity and uniqueness. It can grow in value not just because demand for it grows but also because it can acquire new properties and benefits over time. Investors can either hold their NFTs or sell them.

ZebPay’s CEO is very optimistic about the new initiative. He believes the NFT market will become the next fastest-growing segment of the cryptocurrency industry after the DeFi boom subsides. He noted that in 2020, the global NFT market value surpassed $100 million and the growth is set to continue exponentially. Pagidipati added:

It is being compared to the time when Bitcoin first reached the $100 million milestones and then exploded.

While the real use-case for Dazzle remains unknown, Pagidipati notes that NFT may be beneficial for various people, including investors, artists, gamers, collectors and digital content creators. Recently, FXStreet reported that art and collectible markets with non-fungible tokens have evolved from a tiny segment into a vast industry with multi-million turnover. Currently, even big players like the NBA create their NFTs.

Non-fungible tokens are a type of digital assets with unique characteristics that cannot be equally exchanged. One of the most famous NFT-projects, Cryptokitties, nearly crashed Ethereum blockchain at the end of 2017 as the network was overloaded with Cryptokitties-related transactions. While the digital kittens are out of fashion now, new NFT assets are entering the market.

According to Joel Comme, the author of Bad Crypto podcast, NFTs may create a new tsunami that will shake the cryptocurrency industry. The same happened during the ICO boom in 2017 and the Decentralized Finance (DeFi) craze in 2020.

The first symptoms of fever are already evident. The trading volume of SuperRare, one of the most popular NFT market places, exceeded $4 million in October, while the total trading volume in the industry surpassed $7 million. According to the NFT data aggregator NonFungible.com, the number of sales reached 88,000.

Whatever the main cause, data indicate unique factors could be driving bitcoin adoption in Venezuela, which is far outpacing adoption in countries experiencing similar economic fallout.

Peer-to-peer crypto exchanges are often where people come to buy their first crypto assets, Ahlborg argued in the same analysis, and so their activities can depict how the crypto asset is adopted on the ground level more truthfully than larger exchanges that are set up for fast-paced, speculative trading.

By and large, this is true in Venezuela. Expats use bitcoin to send remittances back home, where locals convert it to bolivars to buy food and pay bills. With crypto remittances from expats plunging, peer-to-peer cryptocurrency transactions within the country have proven resilient. LocalBitcoins and Paxful trades using bolivars peaked in the first half of 2019, and have since hovered around $20 million.

Continued high volumes are driven by businesses’ demand for bitcoin, according to Gabriel Jiménez, a Venezuelan blockchain entrepreneur who led the development of the petro. Venezuelan businesses often use bitcoin as a medium to obtain foreign currencies like the dollar, he said.

What sets Venezuela apart may be governmental support of a digital currency. The petro helped loosen Venezuelans’ fear of dealing with services like LocalBitcoins, said Jiménez.

Some high-inflation countries have moved in the other direction. The government of Zimbabwe, where the two largest peer-to-peer bitcoin exchanges have shown zero activity, has made efforts to curb cryptocurrency adoption.

There are other factors: Venezuela’s inflation rate is measured by the International Monetary Fund at orders of magnitude higher than any other economy in the top five by annual inflation rates. It hit 65,374% in 2018. The next-highest rate of inflation tracked by the IMF over the past three years is in Zimbabwe, where it is projected to be 319% in 2020.

“People living in Venezuela are living under a very unstable and predatory government. They suffer from extreme inflation and general economic instability. And here’s a censorship-resistant, inflation-proof asset, so it’s very attractive to people who are looking for a way to maintain value,” said Andrea O’Sullivan, director of tech and innovation at James Madison Institute, a Washington think tank.

According to Jiménez, Venezuelans prefer peer-to-peer exchanges also because they’re better than other alternatives. Centralized services, for example, have lower liquidity and less-developed trading capabilities due to a lack of service from Venezuelan banks.

The “early bird” factor is yet another reason. LocalBitcoins became such a popular exchange in Venezuela not only because it was inexpensive, but also because it was the first thing available to Venezeulans as soon as government normalization of cryptocurrencies was in the air around 2017, Jiménez added. Veteran LocalBitcoins traders have their ratings, number of successful trades and years of experience visible on their profile pages, which attracts and maintains customers’ loyalty to them and, in turn, both sides’ loyalty to the platform.

Yet, even though it’s slated to cease all operations in Venezuela because of heavy U.S. sanctions against the country, Paxful has been on the rise. In July, trades involving bolivars doubled the June volume, crossing the $100,000 line for the first time since the currency was reissued in August 2018, the research shows. The exchange is also enjoying explosive growth in Nigeria, Ghana and Kenya.

People living in Venezuela suffer from extreme inflation and general economic instability. And here’s a censorship-resistant, inflation-proof asset, so it’s very attractive to people who are looking for a way to maintain value.

That said, Paxful’s monthly volume in each of these countries has only amounted to half of LocalBitcoins’ growth in Venezuela, our data visualization shows. Peer-to-peer activity continues to be most dominant in Venezuela, where it is used to skirt government restrictions and obtain foreign fiats.

It’s possible that, as Jiménez suggested, Venezuela’s peer-to-peer bitcoin activity wouldn’t be where it is today without crypto-friendly initiatives from the government itself. It’s also possible that bitcoin adoption in Venezuela may be driven by the sheer rate of Venezuela’s hyperinflation, which outpaces other crisis economies. As bitcoin’s real-world uses continue to crystallize, yet other factors may emerge as drivers of its adoption.

Bitcoin Cash users have moved over $257 million worth of BCH to cryptocurrency exchanges in the last seven days, ahead of the cryptocurrency’s contentious hard fork scheduled for November 15.

According to Chainalsysis’s chief economist, Phillip Gradwell, over 1 million bitcoin cash were sent to cryptocurrency trading platforms over the last seven days to be sold off for other cryptoassets, presumably as users expect volatility in BCH’s price during the hard fork.

A CryptoGlobe reported, the Bitcoin Cash blockchain is set to undergo a hard fork that could lead to a chain split. The cryptocurrency’s community is divided over the introduction of a novel mining algorithm and the allocation of 8% of block rewards from BCH miners to the Bitcoin ABC development team.

Those who support the allocation have rallied behind Bitcoin ABC’s development team, while most other BCH nodes and miners started signaling for Bitcoin Cash Node (BCHN). Some in the BCH community oppose the 8% allocation as they believed it goes against the cryptocurrency’s decentralized nature, and is even seen by some as a “tax” to the network.

While data shows that miners controlling over 80% of the cryptocurrency’s hashrate signal for BCHN, nodes are roughly even. Cryptocurrency exchanges were quick in reacting to the contentious hard fork, with most revealing they will give users who hold bitcoin Cash at the time of the fork the token corresponding to the other chain, if there is a split.

another token is created, however, some exchanges seemingly won’t support both tokens. Several top trading platforms have made it clear they will only support the blockchain with the most hashrate. Poloniex, which ahead of the BCH and BSV hard fork supported futures for both coins, has done the same thing this time with the launch of pre-fork trading.

Data seemingly suggests most users are selling their BCH, as the price of the cryptocurrency relative to bitcoin has been dropping. CryptoCompare data shows that in the last seven days 1 BCH went from 0.230 BTC to 0.0165 BTC.

The rise of Binance is one of the most astonishing stories in the blockchain space. Within less than a year of its launch, Binance has become the most popular crypto exchange trading over $2bn per day. In the past quarter, Binance made profits of $200m, likely the fastest company ever to reach this success.

Binance Founder and CEO Changpeng Zhao (“”CZ””) joined us to discuss why he started Binance and the extraordinary organization they built. We discussed the role of the Binance token, how their strong commitment to values helped build a loyal community, and how he sees the organization evolve in the future.

Watch or listen, Epicenter is available wherever you get your podcasts.

The world’s leading crypto exchanges like Binance temporarily suspended all withdrawals for ERC20 tokens. Huobi and Upbit followed. The issue came after the ETH infrastructure provider Infura experienced problems. The team announced that they are experiencing a service outage for their Ethereum Mainnet API. In a later update, they revealed that they bought additional capacity online for all affected components and are continuing to triage the root cause of the outage.

There was a possible ETH chain split at block 11234873. Etherscan and Blockchair are showing two different chains and data after this block. We’re resolving now but have temporarily closed withdrawals. Funds are #SAFU.

In the latest announcements, Infura revealed that they managed to identify the root cause and are now getting ready to fix the issue. Binance’s CEO revealed that there was an attempt at a chain split on Ethereum at block 11234873. He explained that “etherscan and Blockchain are showing two different chains and data after this block”:

In any case, all of this happened right when Ethereum 2.0 is getting ready for its genesis. There are now over $23.8 million in ETH locked in the depositor contract as Vitalik Buterin staked 3200 ETH himself.

Speaking of Ethereum, ETH is up by around 15% against bitcoin over the past week and the rally showed analysts that right now is the time for altcoins to rally in the upcoming weeks or months. The key technical signs show that ETH will continue to rally against bitcoin and we are reading about the five signs that indicate it. Ethereum started to break higher against Bitcoin while before this, the cryptocurrency was underperforming Bitcoin as it pushed past the key resistance of $12,000 and $14,000 and even further. In the past, many believed that Bitcoin will outperform as it was capturing all of the attention at the capital that investors were investing in the crypto space. The key technical signs showed that ETH will continue rallying against Bitcoin which will be accompanied by a rally in the price of ETH and BTC against the US dollar. 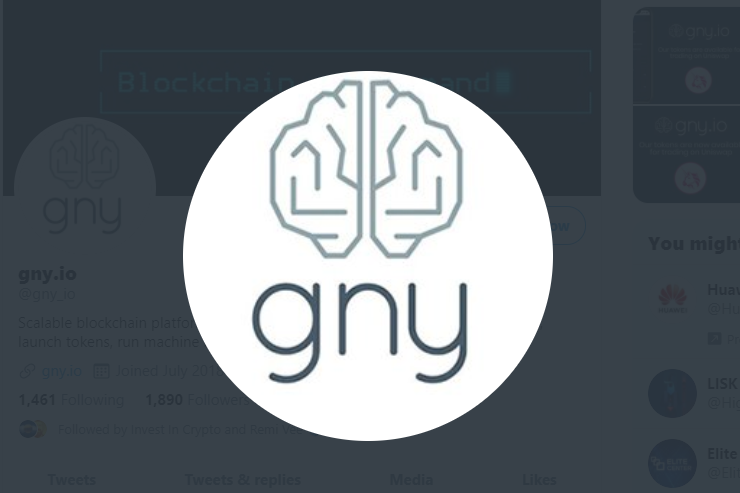 On one of the TOP services, we select the most attractive coin today and show it to you.

In this section, we show the cryptocurrency, which was already the best, and we published news about it, and today it again shows growth. The best cryptocurrency is Electrum Dark, ELD-20-03-2020. The same coin rose again by +7,924.96%.