Another good week for Bitcoin last week. The dollar price rose more than 5 percent, taking it to around $11,700. That rise wasn’t smooth. A flash crash took $1,500 off the price at one point, although investors remain bullish and the VIX volatility index, which is based on the S&P 500, is “extremely bullish.” Other volatility measures, though, suggest another drop to $10,000 before a new rally, while the Winklevoss twins think that the amount of infrastructure and capital in the crypto markets will make this bull run very different from the 2017 run.

It’s not just Bitcoin that’s been on a run, though. Ethereum has hit a two-year high of $400, supported by decentralized finance protocols, the anticipated arrival of ETH 2.0, and the general rise in the altcoin market.

Meanwhile, in the analog world, the US printed more money in June than it did in the first two centuries after its founding.

Where there are riches, there are also thieves, and hackers have broken into a cryptocurrency trading platform in Europe. The thieves stole more than $1.3 million from 2gether. The platform has offered customers its own 2GT token as a replacement.

Bitfinex is still trying to track down hackers who stole more than 120,000 Bitcoins back in August 2016. The exchange is offering a reward of up to $400 million and is even willing to give the hackers 25 percent of the total property recovered.

As for that big Twitter hack that saw accounts as large as Elon Musk’s, Joe Biden’s and Bill Gates’s ask for Bitcoins, authorities have now arrested a 17-year-old in Tampa, Florida. He has been something of a trend-setter, though. Hackers have been taking over big YouTube channels, changing their names to topics like SpaceX and Elon Musk, and offering similar Bitcoin giveaways. The hackers appear to be using phishing attacks targeting the owners of large channels.

Not all law evasion is bad though. Chinese Internet users have turned to the blockchain to share a censored news article. The article is about a company that gave faulty vaccines to babies.

In Tel Aviv, the stock exchange is now launching a blockchain-based securities platform. Audius has raised $3.1 million to support its “SoundCloud on the blockchain.” The company previously raised $5.5 million but now has 250,000 users and 40,000 artists.

And according to Heath Tarbert, chairman of the Commodity Futures Trading Commission, a large part of the financial system could soon end up using the blockchain. It’s on a run. 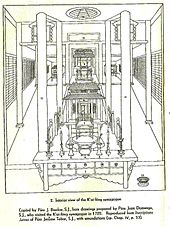 Earth Market Street, Kaifeng, 1910. The synagogue lay beyond the row of stores on the right 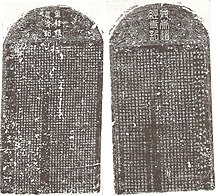 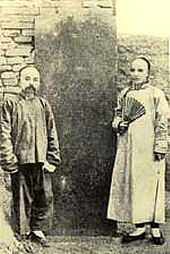 Cryptocurrency Cards: An Unnecessary Solution That Should Be Stopped

Crypto cards have become a must-have for many crypto services. Hoping to reduce the risk of blocking transactions, companies have been looking again and again for reason why their customers should use “plastic.” But a crypto card is a placebo that does not solve the problems of either users or fintech companies — its only goal is to bring profit to payment systems and intermediaries.

Crypto cards are not needed in the same way that special financial instruments are not needed to buy gold, oil, precious metals or any other resource. The word “cryptocurrency” — like “dollar” or “euro” — indicates only the currency for transactions with which the card can be used and does not make the banking product any more innovative. However, until banks and payment systems recognize this, we will be forced to eliminate the consequences of cooperation with Wirecard, WaveCrest and other processors that aren’t the most conscientious, wanting to make money by taking risks but without being able to manage them.

Bank card technologies have gone through a rapid evolutionary path in a very short period of time. They are the fundamental and connecting element for all retail trade relationships. According to Nilson Report, there are currently more than 22 billion payment cards in circulation around the world — debit, credit and prepaid. Taking into account that 1.7 billion people do not use banking services at all, for each of the remaining 6 billion people, there are on average 3.6 cards.

All cards are serviced by payment systems that create a closed consumption ecosystem. Here’s what happens:

The main thing is that in each commission payment between all participants, a share of Visa, Mastercard or another payment system is included. If we are talking about cryptocurrency transactions, then the commission of payment systems will be higher, since the traditional financial industry regards these transactions as high-risk.

And yet, bank cards are almost indispensable for transactions worth up to $5,000. This is the fastest and most convenient way to buy crypto from numerous wallets and/or exchanges. Therefore, it would be naive to think that fintech companies could quickly get rid of the intermediation of payment systems and stop paying them for every transaction.

Nevertheless, Visa and Mastercard can do a lot to make their native cards much friendlier to crypto and become a part of the solution, not part of the problem, which Wirecard has been trying to get around, making this kind of change seem inevitable.

Today, when the volume of non-cash payments in many countries has surpassed cash payments, any company wanting to issue bank cards under its own brand, in theory, has three options.

1. Become a principal (direct) participant in the international system. To do this, you need to meet a number of mandatory criteria: have the necessary technological platform and qualified personnel, meet information security requirements, provide security funds, etc.

For example, last year, a principal Visa participant had to have capital of at least $56 million directly with the Visa payment system. Therefore, you need to have an account in United States dollars in the U.S. or in euro in the European Union. The licensing procedure itself can cost about $1 million, excluding the funds required for the security deposit and direct royalties. This is not a realistic option for small and medium fintech companies.

2. Become an associated member of the payment system through the sponsoring bank. In this case, it is the bank that takes care of the compliance with the payment system requirements. The license fee is $200,000–$300,000, plus a deposit of several million dollars.

However, even under such conditions, financial organizations do not want to directly cooperate with crypto companies since transactions with cryptocurrency are classified by payment systems as high-risk due to the lack of a unified approach to regulating this area. This results in higher fees and chargebacks for transactions that have been challenged by the cardholder.

3. Contact a processing company. Unlike banks, processors are responsible for issuing payment cards. Among such processors, crypto services usually find partners with a high-risk appetite that are willing to cooperate. Such companies are ready to use various tricks so that payments passing through them are not blocked by the payment system. For example:

All of these are often unjustified risks that processors like Wirecard take on, increasing the cost of issuing and maintaining crypto cards for both crypto services and end-users. Meanwhile, the value of these crypto cards continues to depreciate.

Until recently, people were forced to buy a fourth or even fifth payment card, only for the sake of the “crypto” prefix in order to save their money from being blocked during operations with cryptocurrency. However, regulated crypto services have already learned to tackle this problem differently — by acting strictly within the framework of compliance requirements and forging links with traditional financial institutions.

High-risk processors like Wirecard or Wavecrest can be compared to microfinance institutions, or MFIs, that lend out at huge interest rates. Usually, people turn to MFIs after numerous — and not always objective — refusals by banks to issue a loan. Sometimes, the money is needed urgently, and the consideration of the application in the bank is delayed; sometimes the bank’s scoring system does not like the place of work, marital status or the gender of a person. There may be many reasons, but the result is the same: The bank does not want to take risks and people go to less discerning financial intermediaries. Crypto services are forced to do this, too.

A cryptocurrency card is a ridiculous, temporary and forced necessity because banks and payment systems do not want to manage risks on their own. All the risks that Wirecard once assumed when working with crypto companies are now easily eliminated.

Licensing of activities in the field of cryptocurrencies, the implementation of KYC/AML procedures, obtaining a compliance certificate of the payment card industry data security standards and other measures allow crypto services to successfully work with the traditional financial system.

Banks should have the courage to start making money by partnering with regulated crypto services. And for this, above all else, it is necessary to develop internal expertise in the field of compliance. As bank employees have had little motivation to deal with the peculiarities of high-risk transactions, it is easier for them to refuse service to potential clients and/or stop transactions.

However, if a bank’s compliance service monitors and skips high-risk transactions on a regular and systematic basis, this will create additional cash flow, from which banks could also receive commissions. I am sure that cryptocurrency users’ right to dispose of honestly received assets should be ensured in an absolutely transparent, legal way, and not by gray schemes. Any card can be crypto, and this is the reality we should all be living in — sooner rather than later. Bad Crypto News of the Week
Did the article help? Rate it