Selling appeared late yesterday on the crypto board, and the worst predictions quickly returned to the headlines, an extensive line of thought at this time.

On the same day that we have seen the price of a barrel of oil on a negative level, a bearish story about any asset is possible.

But storage is not one of the problems of cryptocurrencies. From the most secure cold storage, to the riskiest but flexible in exchange portfolios, capacity is not a problem.

Technically speaking, yesterday’s movement falls within the scenarios of continuation of the upward movement that began on Thursday 16. However – as it should be, to do so – the levels just conquered must be confirmed. This pattern is a typical move in all markets because it causes fearful sales.

Ether’s dominance chart shows us just that, a test of the trend line conquered last week, a confirmation close and today the day begins to rise.

This history is the picture for today, and for the moment, it confirms the continuation of the upward trend. The indicators do not announce a change of direction on the chart either, so the current target remains the primary resistance line (A) for the beginning of next week.

The market sentiment level continues to be at extreme fear levels, which favors bullish reactions rather than bearish ones.

The ETH/BTC pair is currently trading at the price level of 0.0251 and is in the weak zone of price congestion resistance at 0.0255. The main moving averages are slightly behind at 0.023, the next support level.

The MACD on the daily chart shows a slight upward slope, but the line separation is strong, a structure that favors the continuation of the upward movement.

The DMI on the daily chart is a perfect reflection of yesterday’s movement. The bulls have come down to test the ADX line and the market reaction in the next few hours will either validate or deny it. The bears see no chance of victory and are barely reacting to the weakness on the buying side.

The BTC/USD pair is currently trading at the $6885 price level and is moving in the first support level below the long-term bearish channel ceiling. Moving averages continue to be around $8000, indicating where the natural point of attraction for BTC/USD price lies.

The MACD on the daily chart shows a flat structure, with no slope or gap between the lines. The moving average and the signal line continue to be on the positive side of the indicator, which would tip the balance slightly in favor of the bulls.

The DMI on the daily chart shows an absolute tie between the two sides of the market. The ADX line moves much lower and forms a precarious structure where an explosion of volatility is likely.

The ETH/USD pair is currently trading at $172.8 and is moving back above the SMA200. The main moving averages are increasing their bullish profile and pushing the price up.

The MACD on the daily chart continues to point up, although the line separation is decreasing after yesterday’s declines. A move of the ETH/USD pair to the $185 level may help consolidate the upward momentum.

The DMI on the daily chart shows the bears reacting to yesterday’s selling with the same intensity as the bulls. The buy-side is moving in a bullish scenario, above the ADX line.

The XRP/USD pair is currently trading at $0.1839 and remains in the sideways range that began on April 6th. The main moving averages are still pointing down but with smooth profiles.

The MACD on the daily chart shows a slightly downward sloping profile. The moving average and the signal average continue to be in the bullish zone; it is the only one that protects the XRP/USD from going down to look for support at the $0.15 level.

The DMI on the daily chart shows the bears controlling the pair, while the bulls find support at the ADX line and play their cards to try and bounce up and take the lead on the XRP/USD price. 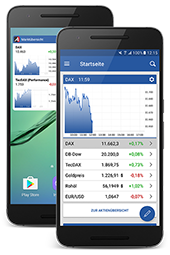 Records show that funds in a variety of crypto-currencies were withdrawn from the DForce platform based in China.

Roughly the same amount has now been returned – although in a different mix of crypto-currencies.

DForce is an online service that allows users to make crypto-currency transactions with one another.

“The hackers have attempted to contact us and we intend to enter into discussions with them,” wrote DForce founder Mindao Yang in a blog shortly after the attack happened, on Sunday.

“This attack not only harmed our users, our partners, and my co-founders, but also me personally. My assets were stolen in this attack, too,” he added.

Media playback is unsupported on your device

Mr Yang has promised a further update on the situation later today. The BBC has also contacted DForce for comment.

In a technical blog about the alleged hack, blockchain security firm PeckShield explained how the attacker managed to withdraw crypto-currency by tricking the DForce system.

In essence, the attacker was allegedly able to withdraw funds by convincing the system that money had been deposited, when it had in fact been siphoned away.

Bitcoin Price Prediction: Is BTC/USD still in the buy zone heading into the May halving?

Here’s why Bitcoin (BTC) Price Prediction Models May Now Fail
Did the article help? Rate it