Find the most recent news on blockchain to stay updated about key developers, events, innovations and tech-based solutions that drive decentralization globally

Mining commissions are not a static value. They increase based on the demand that Bitcoin has when you make your movements.

On Monday, April 20, 2020, Bitcoin (BTC) price dropped below $7,000. The fall comes amid coronavirus pandemic as findings by new research shows that clear regulation has a direct effect on Bitcoin price volatility.

We are now one step closer to the launch of the latest version of Ethereum, ETH 2.0, that is expected to be faster and more scalable than the existing network.

With Bitcoin halving set to take place on May 12 and 22 days left, institutional investors are catching the fever and can’t help taking advantage of the crypto asset’s huge opportunities.

DForce DeFi Protocol was recently hacked and up to $25 million of customers’ crypto in Bitcoin and Ethereum was lost due to an entirely-known exploit that exists on an ETH token.

Binance CEO Changpeng Zhao hit IPOs and venture capital financing. But he was quite optimistic about the evolution of blockchain technology.

Cryptocurrency Price Analysis: Bitcoin, Ethereum, Ripple, and ChainLink – Where Are They Heading?

Bitcoin has seen an interesting week of trading as it rebounded from the support at $6,600 last week. The support here was provided by a rising trend line and was bolstered by a .236 Fib Retracement level. After rebounding, it went on to break above $7,000 but fell short at $7,200 this weekend which caused the coin to roll over again.

The cryptocurrency has since dropped beneath $7,000 and is now trading back at the support provided by the rising trend line.

Bitcoin is considered neutral at the moment, however, if it drops beneath the support line and falls below $6,600, the market would be considered as bearish in the short term.

The RSI is trading beneath the 50 line which indicates weak bearish momentum. If it continues to drop further beneath 50, we can expect Bitcoin to drop beneath $6,600.

Ethereum managed to increase as high as $191 this week where it met resistance at a bearish .618 Fibonacci Retracement level. More specifically, it was unable to break above resistance at $187 (1.618 Fibonacci Extension level). It rolled over from here to drop into support at $170.

Etheruem is bullish right now after creating a fresh high for April. However, if it continues to fall and drops beneath $160 it would be considered neutral with a further drop beneath $150 turning the market bearish.

The RSI is above 50 to show that the bulls are not willing to give up control of the market momentum which is a good sign for ETH.

XRP rebounded from support at the rising trend line last week which allowed it to climb as high as $0.196 this weekend. However, we can see that it rolled over from here as it drops back into the support at $0.18 which is further bolstered by the rising support trend line.

XRP remains neutral at this moment in time, however, if it was to break beneath $0.18 we could consider the market as bearish.

ChainLink has been on an absolute surge during April as it manages to rise toward the $3.70 level. It has since dropped lower but has managed to find support at $3.40, where lies the .236 Fibonacci Retracement level.

ChainLink remains bullish right now but must break $3.70 to continue this bull run. A break beneath $3.40 would turn it neutral with a further drop beneath $3.00 turning it bearish.

The RSI is well above 50 to indicate the bulls dominate the market momentum. 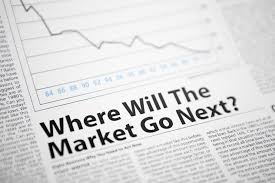 Market Update: Bitcoin, Ethereum, Ripple, and ChainLink – Where Are They Heading?

Has the short-term bearish cycle of Bitcoin (BTC), Ethereum (ETH), and XRP begun?

The negative mood on the traditional market has affected the cryptocurrency industry as bearish sentiments have returned. All assets are in the red zone, while the top gainer is Binance Coin (BNB). Its rate has dropped by almost 5%.

The key data for Bitcoin (BTC), Ethereum ETH), and XRP is below.

On the daily chart, the bearish short-term mood is becoming more and more visible as trading volume keeps dropping.

What is more, the candles have long wicks, which is a signal of an upcoming sharp price decrease. In this case, traders can expect the main crypto to trade at the closest support at $6,400 soon.

Ethereum is more affected by the market mood. Respectively, its rate is dropping faster than Bitcoin. The decline over the past day has amounted to 3.59%.

Ethereum (ETH) is moving to the nearest important zone at $160 where most of the liquidity is concentrated. In case the chief altcoin touches this area, it will retest the lower bottom of the rising channel. The aforementioned level might be reached by the end of the current week.

XRP is doing much better than Bitcoin (BTC) and Ethereum (ETH). Its rate has declined by only 2.88% over the past day.

Currently, XRP is trading within a sideways range between the resistance at $0.1968 and the support at $0.1771. Most likely, traders can expect a move to the support line soon. If XRP breaks passed it and holds below it, the next vital zone is $0.17.

Ethereum price is trading in the green by 0.40% in the session on Tuesday.

ETH/USD is running at two consecutive sessions in the red, after $190 rejection.

Price action remains within the confinements of a bearish flag structure.

Litecoin price is trading in positive territory by 0.50 % in the session on Tuesday.

LTC/USD at risk of another fall, following critical flag breach.

The price breached the noted daily flag and has retested, leaving the door open to the bears. 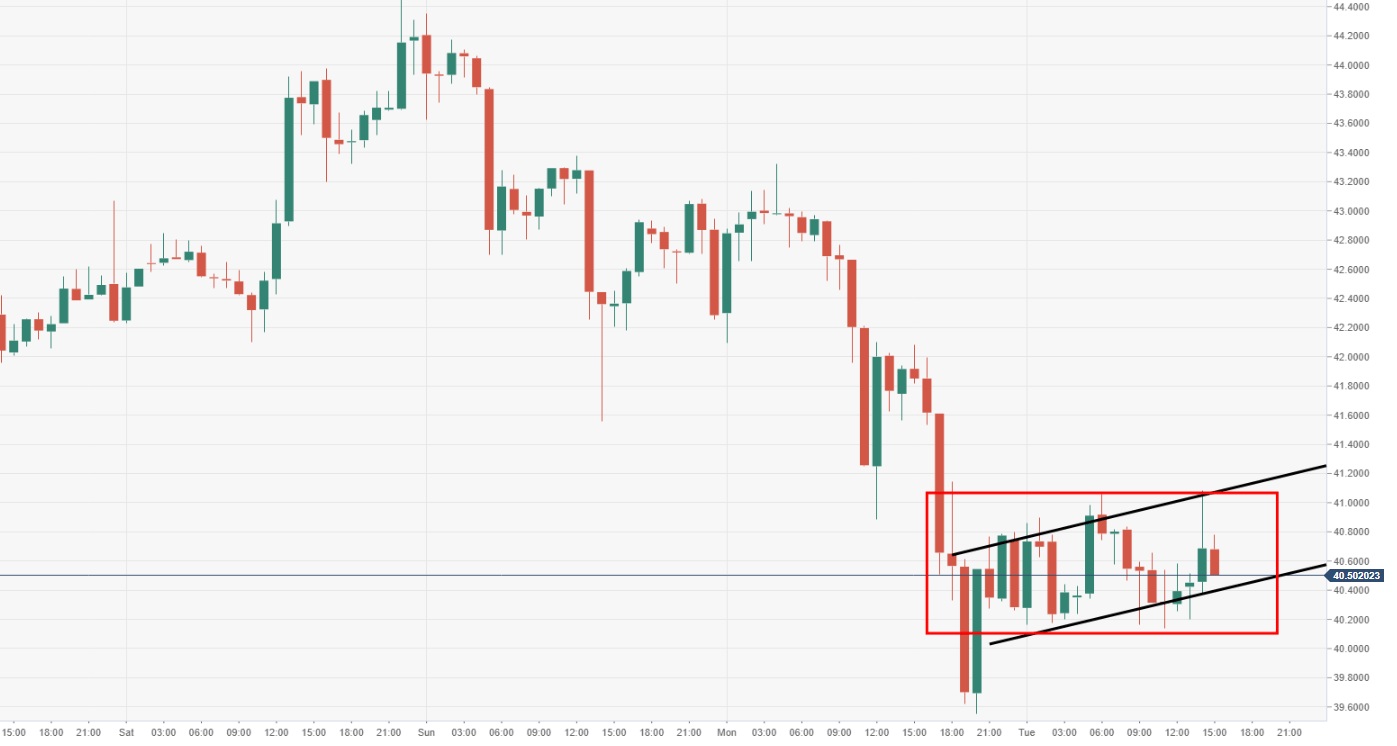 Reddit Launches Community Points As Tokens On The Ethereum Blockchain
Did the article help? Rate it