Bitcoin is searching for a direction.

After a wild couple months in crypto markets that saw a ferocious sell-off as the coronavirus spread, followed by a 30 percent price rebound as governments and central banks announced trillions of dollars of emergency financing, the oldest and largest cryptocurrency has settled into a range between $6,700 and $7,400.

Earlier this year, before the extent of coronavirus-related economic damage become clear, bulls had pegged their hopes on May’s halving, a once-every-four-years reduction in the pace of new supplies of the cryptocurrency. The reduced supply and continuing demand from investors was supposed to drive up the price. The German bank BayernLB predicted in 2019 that the halving could drive bitcoin to $90,000 or higher.

But the hopes of a halving-fueled price run-up faded somewhat after last week’s halvings of two bitcoin offshoots – bitcoin cash (BCH) and bitcoin sv (BSV) – proved to be market duds.

Mati Greenspan, founder of research firm Quantum Economics, wrote Monday in a note to clients that “in the long term, fewer new coins will likely translate into a higher price per coin.”

But in the short term?

“I’m not convinced that the halving event will have any immediate effect on the price,” Greenspan wrote. “It might, but then again, it might not.”

Nor is bitcoin getting much follow-through from the recent rally, which was fueled by investor bets that the cryptocurrency can serve as a hedge against inflation and rampant monetary stimulus. The money hydrant is certainly open: The U.S. Federal Reserve’s balance sheet pushed past $6 trillion last week for the first time in its 107-year history.

Kevin Kelly, co-founder of the cryptocurrency-focused research firm Delphi Digital, wrote in a report Monday the Fed’s recent money injections might just be a start, given the broad-based contraction in economic activity as coronavirus-related lockdowns drag on.

“Put simply, the U.S. economy cannot endure months on end of little to no revenue without government support,” Kelly wrote.

The Wall Street firm Goldman Sachs wrote that stocks are unlikely to make fresh lows due to the “do whatever it takes” approach of policy makers.

Bitcoin is a likely beneficiary, too, according to cryptocurrency investment firm Arca.

“Unless global equity and debt markets crater, bitcoin seems to have a higher floor now,” Arca analysts wrote Monday in an emailed note. “It is very hard to short risk assets into a wall of cash.”

CoinDesk’s Daniel Cawrey reports that bitcoin markets have gone into “backwardation” – where futures contracts trade at a discount to the spot price. According to Skew, a cryptocurrency-derivatives data provider, the June contract is trading around $6,750, below the spot-market price of $6,875 as of late Monday.

The discount could signal that traders are betting on price declines over the next two months, in a shift from last week when futures were trading at a premium.

“Futures and our own activity indicate that speculators expect to see lower prices in the short term,” said Maxine Boonen, CEO of over-the-counter trading firm B2C2. “One particular hedge fund sold us $20 million of bitcoin today and they have usually been right.”

Denis Vinokourov, head of research at crypto investment brokerage Bequant, said if bitcoin breaks below $6,500, futures traders might face a wave of contract liquidations that could send prices as low as $6,100.

According to Arca, the negative sentiment might even be a bullish indicator: If traders are already pessimistic, it’s possible that the bad news is already priced in.

Arca noted the number of tether tokens – a dollar-linked stablecoin that has become the de facto form of cash in digital-asset markets – has climbed to a record level around $1.9 billion in exchange wallets.

That could signal more traders are getting in position to buy.

“Prices can certainly go down, but it would not be surprising if they keep melting up,” Arca wrote.

Not exactly a clear direction.

Trend: Bitcoin continues to mimic action in U.S. stock futures. The top cryptocurrency by market value rose from $6,700 to $6,900 early Tuesday, tracking an uptick in futures tied to the S&P 500.

The futures had dropped on Monday, pushing bitcoin down to $6,600, but turned higher during Tuesday’s Asian trading hours. The rise came after China reported a surprise 2.4 percent surge in imports in March, lessening fears of a deep economic slowdown in the world’s second-largest economy.

The optimism, however, could be brief because the U.S. quarterly corporate earnings season begins Tuesday and is expected to put the focus back on the coronavirus-led economic downturn and the Federal Reserve’s multiple liquidity injections. As a result, upticks in bitcoin, if any, could be short-lived.

From a technical analysis standpoint, bitcoin’s immediate bias is bearish, with the daily chart reporting a rising wedge breakdown. The relative strength index, too, has dived out of an ascending trendline – an indication that the path of least resistance is to the downside. Should prices find acceptance under Monday’s low of $6,600, more sellers may join the market, causing a deeper drop toward $6,000.

Alternatively, a daily close (UTC) above the descending 50-day average at $7,091 would invalidate the bearish trend. That looks unlikely at press time, though prices are up 2.5 percent over the last 24 hours.

Options market metrics are bearish on bitcoin, too. For instance, the put-call open interest ratio jumped to a 6.5-week high of 0.61 on Monday, indicating increased demand for put options. Validating that argument is the positive 25-delta skew, which indicates price or demand for put options is currently higher than for calls (bullish bets). 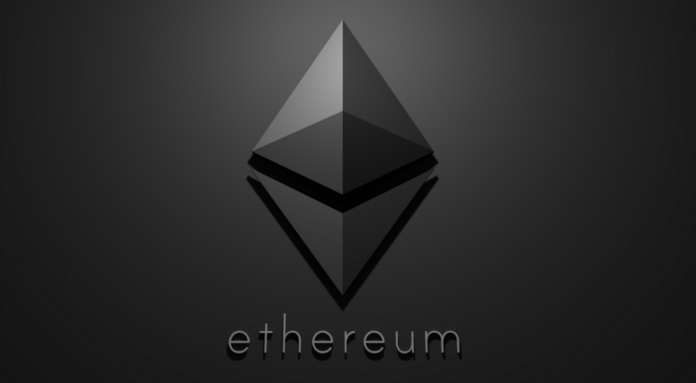 Ethereum (ETH), Bitcoin (BTC) and many other major crypto assets suffered serious losses one night and lost earnings from the last rally in Ethereum, the second largest crypto asset.

This decline caused Etheruem to fall below the bullish trend line, indicating that the crypto asset may experience negativities in the short term.

Ethereum, which was traded at $ 158 at the time of writing, is significantly below the $ 165 level seen yesterday afternoon. This loss resembles more with the movement of Bitcoin.

The famous crypto asset analyst on Twitter said in a statement that Ethereum will display a downward movement in the short term and decrease to $ 145. Ethereum is seen as a high probability that it will follow Bitcoin in the coming days. In this case, if the leading crypto asset falls below $ 6,600, Ethereum is expected to experience this decrease.

Ethereum, which fell to $ 100 after the collapse in the markets on March 12, had received serious technical damage. Another crypto asset analyst on Twitter talked about Ethereum’s uptrend curve and pointed out that ETH will suffer a 10% loss if it cannot find enough support.

This downstream target close to 10%, highlighted in the chart above, closely coincides with the target presented by the above-mentioned first analyst, indicating that a move at this level could happen in the coming days and weeks.

This newsletter is made possible by ConsenSys.

I own 100% Week In Ethereum News. Editorial control has always been me.

If you’re wondering “why didn’t my post make it into Week in Ethereum News,” then here’s a hint: don’t email me. Do put it on Reddit.

are there such 👩‍🚀traders who have a deposit of less than $💰100-200 for trading? 6 Answers | 1 Vote
Is it worth investing in Kyber Network or Loopring (LRC) or (KNC) ? 13 Answers | 2 Votes
What is your opinion about Bitcoin Vault? 3 Answers | 5 Votes
Need insight into XRP, I have a feeling its gonna make huge moves upwards, but not sure if or when 19 Answers | 4 Votes
Our featured article for today! 2 Answers | 2 Votes
Get Awesome Reviews