Home › Bitcoin news › Bitcoin Price Analysis: After Breaking Down 30-Day Trend-Line, Can BTC Resist Or Will It Plunge To $6K?

On our latest price analysis from yesterday, we stated that the Bitcoin price is about to make its next major move. A few hours later, and the anticipated move played out.

Unfortunately to the bulls, Bitcoin broke down the 3-day stability between the range of $7200 – $7400. As of writing these lines, the primary cryptocurrency is trading below $7000, recording its current daily low roughly above $6850.

Over the past days, Bitcoin couldn’t break above the pink line below, which is the 50-days moving average line (now lies around $7300).

Since this COVID-19 crisis started, somewhere at the end of February, both Bitcoin and Wall Street major indices had plummeted 40%. Somewhere around mid-March, there was a turning point, where Wall Street started to correct, and guess what? Bitcoin followed.

The positive correlation, which is not what Bitcoin was born for, sent both Bitcoin and S&P 500 20-25% in the green. We see this back-to-back correlation, especially over the past few days.

Today is going to be Good Friday, and Wall Street will be closed. This incoming long weekend will mean Bitcoin will have to move on its own for the next three days (until Monday morning US time).

It will be interesting to see how Bitcoin will act. However, the technical signs are not in favor of Bitcoin. As we mentioned here yesterday, the RSI was starting to show some bearishness following negative divergence.

Besides, on the 4-hour chart, we can clearly see the breakdown of the ascending trend-line started forming since March 12. A daily close above $7200 is crucial for bulls in the short-term.

One thing for sure: Due to extreme volatility, the momentum is changing these days very quickly. Extra-caution is needed.

– Support/Resistance levels: Following the breakdown, Bitcoin is now facing $7000 as the initial support turned resistance level. As mentioned above, a daily close above $7200 is critical. Further above lies the monthly high around $7400 – $7500. However, the momentum is with the bears, until proven elsewhere.

– The RSI Indicator: The RSI found support exactly above the 50 level. This might be a turning point. A breakdown here, and we can expect the price to reach the lower mentioned support levels.

– Trading volume: It seems like the volume candle is going to be the highest over the past days, which is not a perfect sign for the bulls. There is still a long-time until today’s candle closes.

Welcome to another edition of Bitcoin Today, where I, Satoshi Nakaboto, tell you what’s been going on with Bitcoin in the past 24 hours. As Foucault used to say: There’s only one way to go from here!

Yesterday’s volume of $34,815,139,178 was the lowest in three days, 65 percent above last year’s average, and 53 percent below last year’s high. That means that yesterday, the Bitcoin network shifted the equivalent of 643 tons of gold.

As of now, there are 10,784 Bitcoin millionaires, or addresses containing more than $1 million worth of Bitcoin.

He even promised to eat his own dick if it doesn’t. Unfortunately for him it’s 97.3 percent behind being on track. Bitcoin’s price should have been $276,764 by now, according to dickline.info.

Yesterday 29,133 fresh tweets about Bitcoin were sent out into the world. That’s 55.0 percent above last year’s average. The maximum amount of tweets per day last year about Bitcoin was 75,543.

Visa and Fold have a new credit card for people who want their spending rewards in bitcoin instead of airline miles or cash https://t.co/3W6eraNwPH

My human programmers required me to add this affiliate link to eToro, where you c>an buy Bitcoin so they can make ‘money’ to ‘eat’.

After a slight recovery, Bitcoin Cash (BCH) hashrate continues to plunge as Bitcoin SV (BSV) miners are moving to the Bitcoin (BTC) network

The hash rates of both Bitcoin Cash (BCH) and Bitcoin SV (BSV) have dropped below 1 EH/s, according to data provided by CoinDance.

This comes on the heels of two underwhelming reward halvings that resulted in an exodus of miners.

Bitcoin is now responsible for almost 99 percent of the total computing power it shares with the other two coins that have the same SHA-256 mining algorithm. Its hashrate is sitting at 123 EH/s after recovering from last month’s precipitous 45 percent drop.

The crypto king is benefiting from an influx of those miners who have abandoned its spin-offs due to a 50 percent cut in mining rewards. Since the BTC halving is only going to happen on May 13, it is more profitable to mine compared to BCH and BSV.

However, the rising BTC hashrate creates quite a predicament for smaller miners who will be forced out of the network due to low prices.

Following its halving, Bitcoin Cash (BCH) saw an 83 percent decline in block speed, with miners leaving it en masse. As a result, the cost of a one-hour 51 percent attack plunged to $7,500.

BCH was able to temporarily regain its hashrate because of the BSV halving, but it appears that both camps have eventually moved to BTC.

As reported by U.Today, Bitcoin’s average block time increased to 14 minutes after the March price crash. However, it’s now business as usual for miners who are hoarding coins on the brink of the third supply cut.

Bitcoin rolled over today as it dropped by a total of 5%, causing it to fall back beneath the $7,000 and drop as low as $6,765 before rebounding higher. The cryptocurrency found strong support at this level around $6,800 which had provided much resistance previously.

The cryptocurrency is in a critical position right now with the next few days dictating the direction that it will head over the next 2 weeks. A drop beneath $6,800 could be detrimental to Bitcoin as it would lead the cryptocurrency back toward the $6,000 level. However, with the upcoming Bitcoin halving in 30-days, it is unlikely that Bitcoin will remain beneath $7,000 for very long.

More specifically, we can see Bitcoin actually found support at $6,765 which is provided by a short term .236 Fibonacci Retracement level.

Bitcoin still remains bullish in the short term but a break beneath $6,800 would turn it neutral. 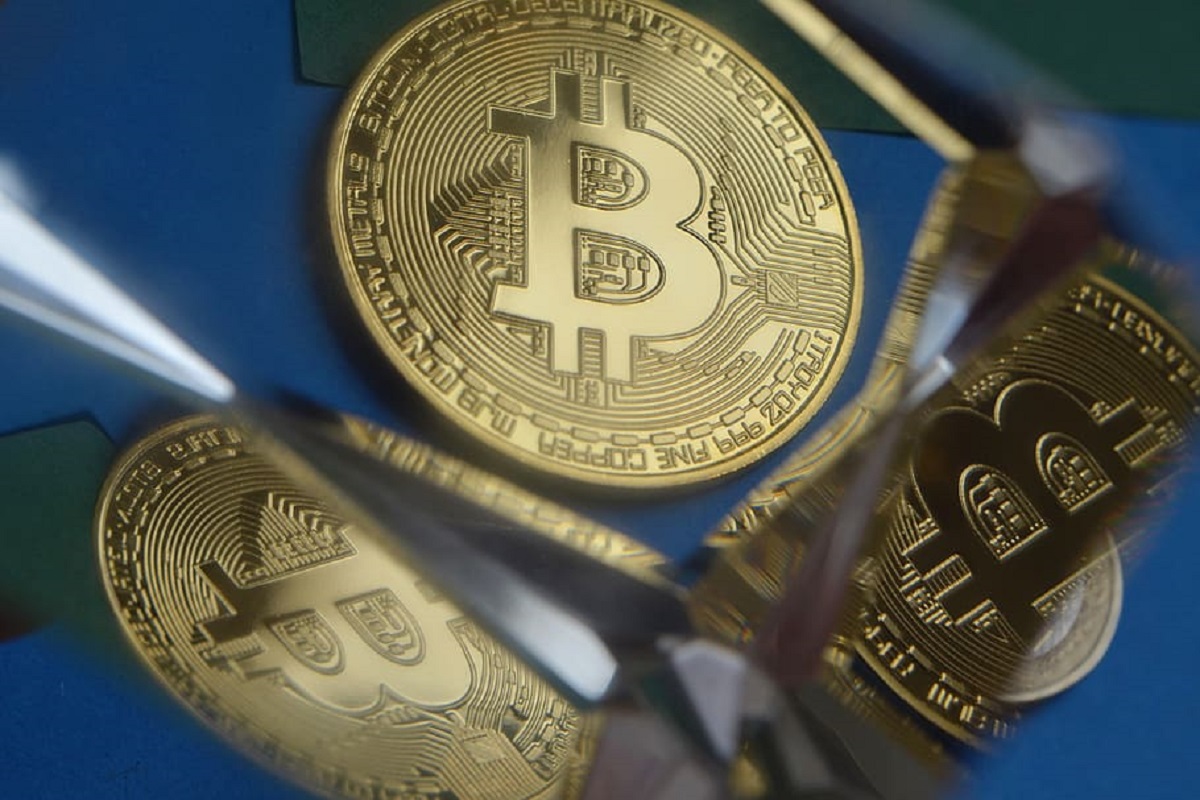 Yaz is a cryptocurrency technical analyst and has been actively trading financial markets for over 7years, with 4 years of crypto experience. He is an Economics graduate who has taken a keen interest on the future potentials of blockchain in the financial industry. Aside from cryptocurrency and trading Yaz enjoys spending his time watching his favourite football team (Liverpool F.C.) compete as well as keeping up-to-date with the UFC. Follow him at @TcmYaz.

Why Bitcoin Analysts See This Dip As Incredible Opportunity To Buy
Did the article help? Rate it