Cryptocurrency exchange Gemini has announced another addition to its listing with Chainlink (LINK), Dai (DAI), and Orchid (OXT).

According to an official statement, the exchange will start accepting deposits beginning Friday, April 24th at 9:30 am ET.

This is the second addition to the exchange’s listing per week.

Earlier iHodl reported that Coinbase Commerce, the US crypto exchange’s platform for merchants, added DAI as a payment option.

Merchants using the Coinbase Commerce platform can accept payments with the stablecoin DAI.

Access more than 50 of the world’s financial markets directly from your EXANTE account – including NASDAQ, London Stock Exchange and Tokyo Stock Exchange.

Los Angeles, 06 April, 2020: Sensorium Corporation has listed its digital currency Senso Token on HitBTC one of the oldest and most advanced cryptocurrency platforms operating today. The move follows a recent listing of Senso Token on the KuCoin cryptocurrency platform and signals Sensorium’s intention to expand its operations and enable users to engage deeply with Sensorium Galaxy, the unique and industry-leading 3D social virtual reality platform. 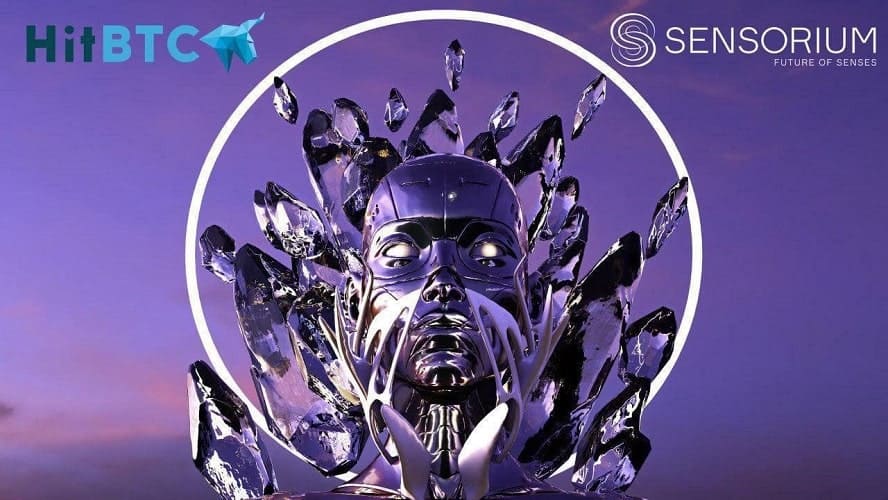 HiBTC is one of the world’s top 10 and most popular cryptocurrency exchanges. Users can use the token to make Sensorium Galaxy gaming-related purchases and exchange content. Third-party developers can use it to create unique in-location environments and customized events for the 3D virtual environment. The supported trading pair includes SENSO / USDT.

Brian Kean, Chief Communication Officer, Sensorium Corporation said: “This listing on HitBTC reflects our ambitious growth plans. We are in negotiations with world-leading artists and venues to create 3D social experiences unique to Sensorium Galaxy and as such as the platform develops we are anticipating millions of users worldwide. The HitBTC listing will provide these users with the means to buy and sell within the games. It also follows a recent listing on the KuCoin cryptocurrency exchange both of which reflect our strong commitment to and ardent belief in the significant future of cryptocurrencies.”

The Senso Token has been developed on the Ethereum network, the global decentralized platform for digital currencies and meets the ERC20 standard, the de facto technical standard for token implementation on the Ethereum blockchain.

Peter Swen, HitBTC, Marketing team said: “As a company fully committed to the advancement and growth of financial technology we are pleased to integrate the Senso Token into our platform. The inroads that the Sensorium Corporation is making into the digital gaming space are significant and as our industry expands we look forward to working with the Sensorium team.”

Sensorium Galaxy brings a new form of entertainment and social engagement to the world by providing multi-user access to 3D virtual entertainment worlds. For instance, users will be able to visit unique concerts and events with friends, attend in real-time, create their own avatars, buy content and interact with their friends and other attendees at the event, all within a 3D world.

HitBTC is a crypto exchange that has over 800 trading pairs. The platform was created in 2013 and provides exchange, custodial and other related services. The UI was developed to meet the needs of the most demanding and sophisticated traders. User security is reportedly secure via stringent security procedures, including cold storage and encryption technology. HitBTC also offers 2-factor authentication and various whitelists. The platform has an LD4 Data Center in London, which has reportedly decreased its data-access latency while expanding the platform’s technical capabilities.

Sensorium Corporation, together with Redpill VR, is currently developing the Sensorium Galaxy social virtual reality platform which enables the seamless broadcast of synchronized virtual reality content to users all around the globe. This platform signals a radical change in the way users can experience virtual reality, moving beyond its previously solitary nature. Sensorium Galaxy enables users to interact with each other as events are either live-streamed or accessed from a library. Sensorium Galaxy also signals an evolution of social networks, with users not confined to one-dimensional platforms, but able to engage and interact with friends and other users in a virtual environment. Sensorium Galaxy will be comprised of themed planets that present users with different options for social interaction.

Sensorium Corporation is a technology company that creates digital simulations of real-world venues and virtual worlds in cooperation with its content partners – globally recognized concert venues, clubs, and festivals. Investment in the project to date is approximately $70 million, and it has come from a group of EU companies in both the gaming and entertainment industries.

HitBTC is a crypto exchange that has over 800 trading pairs. The platform was created in 2013, and provides exchange, custodial and other related services. HitBTC offers a range of APIs such as REST, WebSocket, FIX API. The UI was developed to meet the needs of the most demanding and sophisticated traders. Users can take advantage of rebates and competitive trading fees via the Trading Fee Tier system.

Trading Volume On Cryptocurrency Exchanges In India Increased After Quarantine

It began on March 4, when the country’s highest court overturned the Reserve Bank of India (RBI) ruling of April 6, 2018, which prohibited banks from providing services to entities dealing with cryptocurrencies. Activity on the exchanges immediately increased.

“Trading volumes on exchanges serving Indian customers have grown significantly, thanks to the clarity offered by the Supreme Court,” said Ashish Singhal, founder, and CEO of the CoinSwitch cryptocurrency exchange.

Then Indian traders were in a hurry, because of rumours that the government would intervene by declaring cryptocurrencies illegal. “Each trader wanted to take advantage of the temporary window proposed by the Supreme Court,” said Gaurav. This probably caused an initial surge in volumes.

Traditional markets, such as stocks and bonds, panicked in March when an outbreak of coronavirus gained momentum throughout Europe and the United States. India’s NIFTY 50 basic stock index fell 23% in March, while the Indian rupee hit a record low of 77.40 per US dollar.

Disclaimer: Bitxmi News is a news portal and does not provide any financial advice. Bitxmi’s role is to inform the cryptocurrency and blockchain community about what’s going on in this space. Please do your own due diligence before making any investment. Bitxmi News won’t be responsible for any loss of funds.

Bitcoin Withdrawals of More Than $66M Moved Away From Exchanges
Did the article help? Rate it